MORGANTOWN, W.Va. — West Virginia coach Neal Brown gave more insight into the program’s return with voluntary workouts during a Zoom call Wednesday afternoon, detailing aspects of the testing required in order to return to campus and the subsequent results.

Brown said a high percentage of players are back in Morgantown for voluntary workouts, which began June 15. Coaches are not allowed to be in contact with players, but trainers and other medical professionals are allowed to be at the football facility.

All staff and players needed to be tested at least 72 hours before returning to campus. Out of 167 total tests — 33 staff and 134 players — two players tested positive for COVID-19 and both were asymptomatic. Neither positive player was on campus for workouts.

“I didn’t really have any expectations (with amount of positive cases),” Brown said. “I knew we were going to have to deal with the virus at some point. We have tried to educate our players and our staff about the virus as much as we possibly can. I’m hesitant to talk about it because a lot of it is out of our control. We can control exactly what we do in our facility and how we go about our protocols, our precautions and procedures, and how we do our testing.

“But we don’t have control over our student-athletes 24 hours a day, nor do I want that. We’re educating them on the best practices and hoping they follow through. We’re hopeful that we can continue to keep our numbers down.”

Currently, workouts are all taking place outside, with a lot of the workout equipment on the field and in the concourses of Milan Puskar Stadium. Everyone who is participating is required to wear masks and position and team meetings are still done virtually on Zoom.

July 13 is the target take to allow staff and players to return to the Puskar Center, which is undergoing renovations that appear to be on track.

Tommy Nickolich Memorial Award was given to safety Osman Kamara for being the program’s top walk-on. Kamara is now on scholarship, awarded to him for his work over the last four years, but played four years as a walk-on and became a special teams guru.

Sticking to his word

In a letter to fans late Tuesday night, Brown said he would not speak further on the incidents involving safety Kerry Martin and defensive coordinator Vic Koenning until the investigation into the allegations is complete.

Brown did make a short statement prior to his news conference Wednesday.

Martin alleged inappropriate dialogue and actions by Koenning over the last year, including political and religious discussions, as well as name-calling. 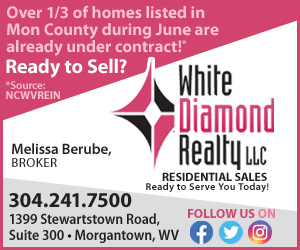