MORGANTOWN — Gov. Jim Justice reiterated his belief on Monday that former Bureau of Public Health  Commissioner Cathy Slemp was “asleep at the switch” in allowing the state to repeatedly over report the number of active COVID-19 cases it was facing.

Justice said his administration and health officials are poring through the numbers, which, he said, could be inflated by as many as 300 cases.

“We have now worked through about half of that and we’re finding too many mistakes,” Justice said, later adding “We have done a lousy job in reporting our numbers.”

While he said the lack of confidence was borne of a “multitude of things,” he kept coming back to the numbers.

Justice opened his remarks by acknowledging the passing of an 82-year-old man in Greenbrier County, who became the 93 West Virginian to succumb to the virus.

He noted that 9% of the state’s population has been tested and the percentage of positive results sits at 1.7%. He cautioned that states like Texas and Florida have seen their positive test percentages jump by double digits over the last couple weeks and that West Virginia’s numbers could rapidly spike without vigilance.

Justice and COVID-19 Czar Clay Marsh continued to hammer the importance of wearing masks in public. Asked if an order making masks mandatory is still an option, Justice said it is.

He pointed out that he’d scribbled down “Please help me,” on a notebook during his briefing. “What I mean by that is West Virginia, please help me not have to mandate the wearing of masks.”

Marsh pointed out that the average age of people testing positive is skewing younger, with 70% of positive tests appearing in people younger than 60.

“In fact, the average age in the U.S. today is 48 years old,” Marsh said, explaining the country experienced a record spike in positive cases over three days last week.

“Before we thought if you were under the age of 50 and you got this, no big problem. Well, that’s not the case. That’s not the case,” Justice said. “If you’re under the age of 50 and you get this, it can be a problem. In most situations it’s not a problem, but in situations now cropping up, some people are getting really sick.”

MORGANTOWN, W.Va. – After another change to the state color-coded system, Monongalia County fell two columns into the yellow at... 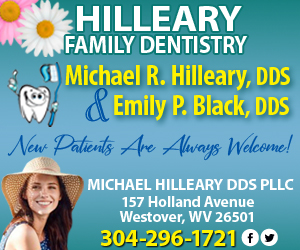