by The Associated Press
in Sports
2 min read

Gov. Jim Justice watches one of 48 bobwhite quail take flight during the birds’ release at the Tomblin Wildlife Management Area on Friday, Feb. 28. The West Virginia Division of Natural Resources’ five-year plan was launched with the release the birds with the goal of creating a “self-sustaining population.” (The Office of the Governor photo)

CHARLESTON, W.Va. — West Virginia officials announced a restoration project was underway to bring back bobwhite quail, which disappeared from the state in the late 1970s due to a combination of habitat destruction and harsh winters.

The 5-year plan launched last week when 48 of the birds were captured in Texas and released at the Tomblin Wildlife Management Area, news outlets reported.

The West Virginia Division of Natural Resources was working with the Texas Parks and Wildlife agency on the plan, according to a news release from the Governor’s office.

Transmitters have been placed on some of the quail for monitoring. The goal is to create “a self-sustaining population” of quail, said Michael Peters, DNR Game Bird and Small Game Project Leader, in the release.

The restoration effort has been underway for the past several years. The state DNR acquired the Tomblin WMA, a 32,000-acre tract of former surface-mined land in Logan and Mingo counties, in 2015.

60 lakes and streams to benefit from trout

The program will add the fish to more than 60 lakes and streams between March 27 and April 4 in a bid to increase nature tourism in the state.

“We want as many people as possible to enjoy the thrill of fishing West Virginia’s pristine waters,” Justice said.

The program also comes with the opportunity to win prizes. Some of the trout will have a numbered tag, which can be entered into a state website for a chance to win a range of prizes, including an all-inclusive fishing getaway.

A similar program from the Kanawha County Commission has added thousands of pounds of rainbow trout around the Elk River area.

'It's been a ride': Tynice Martin's career at West Virginia filled with ups and downs 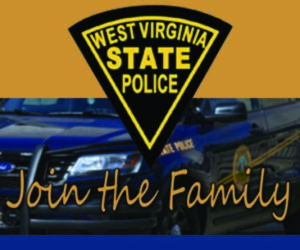