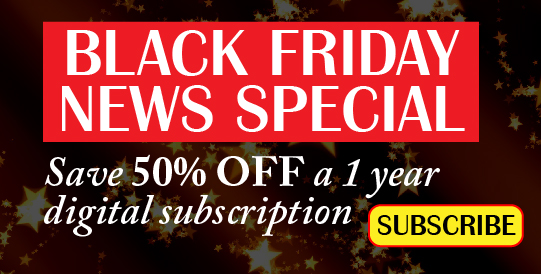 MINERAL WELLS, W.Va. — Rain clouds hang in the sky over Tyler Bartley’s 95 acres on Butcher Bend on the outskirts of Mineral Wells. Surrounded by his rustic cabin walls laden with trophies from previous hunts and clad in his waxed jacket over top his KUIU quarter-zip, he sits at his large wood table reminiscing about his life as an outdoorsman.

“I’ve been hunting for a while,” said Bartley, a 35-year-old business owner from Mineral Wells. “I used to fish all the time, but my dad died in 2012 and my grandad died in 2015, so I couldn’t trout fish anymore. That’s when I started bird hunting.

“We started beating the bush without dogs for about two years. And I said, ‘Man this has got to be easier with a bird dog,’ so I got a pup and trained [it], and I’m not sure if it is any easier. If anything it’s harder because you have to have more
self-control.”

After a non-traditional startup in ruffed grouse hunting, Bartley and his bird dog — a Llewellin Setter named Jack — began scouring the Monongahela National Forest between Snowshoe and Canaan Valley, but it didn’t take long for him to realize that something was wrong. Bartley noted he sees roughly one bird per mile, on track with the 0.6-1.2 estimated flush rate per hour recently published by the 2018 North Carolina and 2014 Pennsylvania natural resources commission studies. As one of Bartley’s buddies would put it, “You’re 20 years too late.”

“Some guys say they see 20 birds in a day, but it’s hard to believe that,” Bartley said.

Sometimes Bartley sees more birds on certain hunts than others, such as an outing in mid-January where he saw five birds, three in one pod together. This lack of birds put into play extensive logistics, mapping and moving quickly through thick mature forests.

Although Bartley travels across the state to hunt grouse, Parkersburg and Mineral Wells residents who visited his store report they’ve begun to see birds again this past summer.

“We’ve been here for 30 years and I’ve talked to old farmers that would say they hadn’t seen a bird in 10-15 years. So that’s kinda neat. Makes you wonder if they’re coming back and got over that West Nile deal,” Bartley said.

Understanding West Nile Virus is critical when discussing the disappearance of ruffed grouse — most bird species, really — as the virus has been destructive to populations in the lower-48 United States since its introduction in 1999. WNV is more prevalent in lower elevations where mosquitoes can breed unimpeded by colder climates, but with the recent changes in climate, fluctuations can occur in habitat that was once unsuitable to the insect. It’s because of this that states like Pennsylvania are looking for new methods of maintaining habitat so infected birds can survive the virus.

Even with one problem solved with higher elevations, another exposes itself: Loss of habitat.

When Bartley tried to contact a local biologist in his area, the DNR biologist was indifferent in his responses, simply telling Bartley that if he wanted to help he should clear cut his land. Then Bartley had the chance to talk to Gov. Jim Justice, a self-proclaimed avid outdoorsman, and even that conversation was off-putting.

“I talked to Gov. Jim Justice who’s a big bird hunter and he said, ‘I heard you’re a grouse hunter, how’s the hunting for you?’ I told him it was horrible and, ‘Cut some trees won’t ya?’ But he just laughed it off. They’re starting to see a decline in hunters, license sales and people visiting the forest and now they’re [figuring out] how to help the habitat,” Bartley said.

While all of this may irritate Mountain State outdoorsmen, the West Virginia DNR has been developing early successional habitat with the Ruffed Grouse Society for 5 years. The DNR also has a longstanding, 50-year cooperative agreement with the Monongahela National Forest, assigning up to 10 agents to cover areas within the forest.

In March 2016, the DNR released information about the RGS providing the agency with forestry mulching equipment that was implemented in sections of the Monongahela National Forest as part of the “West Virginia Early Successional Habitat Partnership.”

Early results in Kumbrabrow State Forest in Randolph County were positive, and, as of December 2019, after expanding to other areas, there have been 3,525.3 acres affected by mulcher and excavator activity and 770.7 acres affected by dozer work.

“We did some work at Coopers Rock, but it was more maintenance work — clearing power lines and roads — it’s sort of habitat but it wasn’t the focus, just more infrastructure,” Division of Natural Resources Wildlife Manager Robert Tallman said. “Kumbrabrow State Forest and the Greenbrier Range of the National Forest is where the bulk of the work has been happening.”

Tallman can essentially be summed up as the top dog in the Division of Natural Resources’ early successional habitat project. A 19-year veteran of the agency, Tallman started as an ornithologist and saw first-hand the effects of West Nile Virus on songbird populations. In 2015, he was tasked with the job to begin forest restoration in Kumbrabrow. Shortly after, the first report was released.

Still, Tallman’s main task isn’t dealing with WNV’s impact on bird populations. It simply isn’t a problem in the mountains, but even that can change with the ever-evolving climate.

“I don’t think anyone knows [what elevation is the cut off],” Tallman said. “Climate change, whether you believe in it or not, [is changing] things here. We’re seeing ticks and poison ivy at higher elevations we’ve never seen before.”

And even with climate science showing climate change is a real and present danger, the National Forest is what the DNR logically needs to restore first, because that’s where, according to Tallman, the core population is.

Luckily, it’s not just the DNR working on this project. With help from the Ruffed Grouse Society, West Virginia Division of Forestry, National Forest, National Wild Turkey Federation and, in some cases, the West Virginia State Parks, the project that was initially set to end in Spring 2021 could extend another four years, ending in 2025.

“The financial aspect of it was the limiting factor,” Tallman said, noting the project’s timeline. “There are partners [involved in our project] that are bringing in additional funding to continue the project for several more years. We just got word additional funding has been acquired. We haven’t worked it out yet, but [we may] be doing this through 2025.”

According to Tallman, another limiting factor can be the National Forest’s National Environmental Policy Act process. The NEPA process listed by the Monongahela National Forest notes that the act, “Ensures that environmental information is disclosed to public officials and citizens before federal decisions are made and actions are taken. … The Act also requires environmental analysis and disclosure for site-specific management actions that may be implemented under the Plan’s direction and guidance.”

Outside of that, however, he doesn’t receive grief from environmental groups — although other hunters will tell you they’re a major roadblock. Tallman notes the DNR’s transparency about the partnership and education on the matter is what’s keeping those groups at bay and has brought one local group on the agency’s side.

“Kumbrabrow is considered our proving grounds,” he said. “We do a lot of the projects here to work out the bugs if you will, and then replicate that on the National Forest. We’ve had little push back from the environmental groups, and I think that’s because we show them what we do. The Brooks Bird Club has been out on multiple occasions and is one of our biggest supporters, [but] here’s still people that don’t necessarily like what we’re doing — let’s just leave it at that.”

Now, with West Virginia’s ruffed grouse season coming to an end on Feb. 29, the cooperative will begin its hard work to get the grouse ready for the opening of the 2020-21 season.

This story is part 2 in an ongoing series concerning the disappearance of ruffed grouse in West Virginia. Each story so far in the series can be found above and the full series will be released as one, long-form story once finished. Andrew can be reached on Twitter @ASPellman_DPost.

OUTDOORS NOTEBOOK: A week of shotgunning

An afternoon at Old Hemlock

Information about rabies and how to prevent it