No. 12 West Virginia welcomes Jamie Dixon and TCU to the Coliseum

MORGANTOWN, W. Va. — We welcome you back to the WVU Coliseum, where the 12th-ranked West Virginia men’s basketball team welcomes TCU and former Pitt head coach Jamie Dixon in what is a surprisignly crucial Big 12 game.

We say surprisingly, because TCU (12-3, 3-0 Big 12) wasn’t expected to have this kind of start to the conference season. The Horned Frogs were picked last in the coaches’ preseason poll and they weren’t even that close to ninth-place Kansas State. TCU’s 11 points in the preseason poll was likely a last-place prediction from seven coaches and a ninth-place prediction from two others — Dixon was not permitted to vote for his own team.

Nevertheless, the Horned Frogs are off to an undefeated run in Big 12 play. We also can’t forget the last time TCU visited Morgantown, which was a triple-OT thriller and a 104-96 win by the Mountaineers (13-2, 2-1). Derek Culver had 22 points and 21 rebounds, which was the first 20-20 game for a WVU player since 1977. Jordan McCabe (25 points, 11 assists) was also pretty good that day.

Don’t remember? We have the highlights:

So much to get into today, so we’ll get right down to it with what you need to know:

YES, JAMIE DIXON USED TO BE AN ACTOR

There may be no coach more loved to be hated by WVU fans than Dixon, who is 14-11 all-time against WVU at both Pitt and TCU, including a 12-7 record as the rival coach of the Panthers.

How good is the Miles McBride story right now? The WVU freshman is averaging 15.2 points per game over his last six games, but those points do not define who McBride is. Talk to him and you would swear he was the last guy off the bench every game, because he is a humble young man who really doesn’t care about his numbers and cares more about how the team is playing.

“I’ve been in big games before. High school and AAU got me prepared for this,” he said after going for a career-high 22 last week against Texas Tech. “It’s just something that happens. Maybe one day the ball won’t go in and then I’ll have to make the right passes. I’m just making shots right now and I’m going to ride it as long as I can.”

The other thing to consider from a historical perspective: Just how good of a freshman class is this for WVU? With McBride’s development and Oscar Tshiebwe averaging nearly a double-double, is this a better class than the 2008 class of Devin Ebanks, Truck Bryant and Kevin Jones? Maybe not at the moment, but that answer seems to be changing with each passing game.

Is WVU’s defense really as good as advertised? I really liked “Press” Virginia, because it created constant action throughout the game and you never really knew what to expect. The thing about the Mountaineers defense right now is they don’t need a fancy gimmick to pull off the numbers they have to this point.

WVU is second in the nation in 3-point defense, which is critical, because TCU enters the game as the Big 12’s top 3-point shooting team. WVU is also holding teams to just 35.1% shooting overall, which is third in the country.

A season ago, West Virginia was allowing just under 46% shooting from its opponents and it’s not like Bob Huggins went out and did a complete overhaul to the roster. True, some guys transferred or left school early to go pro, but four of the five starters are all returners, as are three key players off the bench in Logan Routt, Brandon Knapper and Chase Harler. This team has suddenly taken a liking to playing defense, which is the team’s identity so far.

Is Bob Huggins the Big 12’s Coach of the Year right now? Short answer: Yes. Long answer: Yeeeeeeeeees. Obviously, Baylor coach Scott Drew and Dixon are going to have something to say about this, but neither has gone from last place in the conference in 2019 to No. 12 in the country in 2020.

The right buttons have been pushed. The right recruits were brought in. Granted, the Mountaineers’ offense is not a thing of beauty at the moment and WVU turns the ball over way too much and can’t make free throws. All of that may catch up to WVU at some point and change this answer, but as of now, no one in the conference has done a better coaching job than Huggins.

As for Big 12 first-teamers, you can make a case for Culver and Tshiebwe, but you can also make a case for a few guys to edge them out, too. So, it’s not like Huggins has latched on to some superstar and rode them to the finish. He built a team instead.

The initial thought is the 7.5 points is a little low, but you also have to figure in that Dixon is one heck of a coach and the Horned Frogs have made a habit at keeping every game close this season. So, I’ll go against the initial thought and say WVU pulls out a win, but doesn’t cover the spread, 68-62.

Justin’s season predictions against the spread: 6-7.

No. 14 West Virginia gets top effort from starters to roll past Texas

MORGANTOWN, W. Va. -- It was a 3-pointer taken basically off of one leg while fading away, generally the kind...

Martinsburg pulls away in second half to defeat Morgantown 68-56 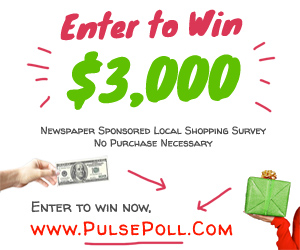