BLACKSVILLE – When you pare it down to its elemental core, as Morgan Chisler said on Sunday, it’s kind of hard to be jaded and ironic … while playing kickball.

He mapped it all out during his opening remarks at Clay-Battelle High School’s Class of 2021 commencement exercise on the football field.

He and the 54 members of the class marched across that field on a near-90-degree afternoon, under skies that teased a hint of rain.

In his leadership role, he was tasked with making welcoming remarks to the guests in the bleacher seats who applauded while fanning themselves with the program at the same time.

Sure, he could have talked about the coronavirus that shaped the second half of his junior year and all of this one – but he didn’t.

It was Senior Day last week and he and his classmates had gathered on this very field for a group portrait.

After it was snapped, Principal David Cottrell decreed that Chisler and classmates, within reason, could have the run of the place until 2 p.m.

Chisler told the commencement audience that, well, he just wasn’t feeling it.

He had planned on plopping down and losing himself in his phone until 2 p.m. mercifully ticked over.

Then Sydney Wilson produced a kickball.

A class that had basically been together since kindergarten and first grade, one made “old” by the pandemic, quickly time-traveled.

“When 2 p.m. came,” the class president said, “everyone was begging for one more inning.” 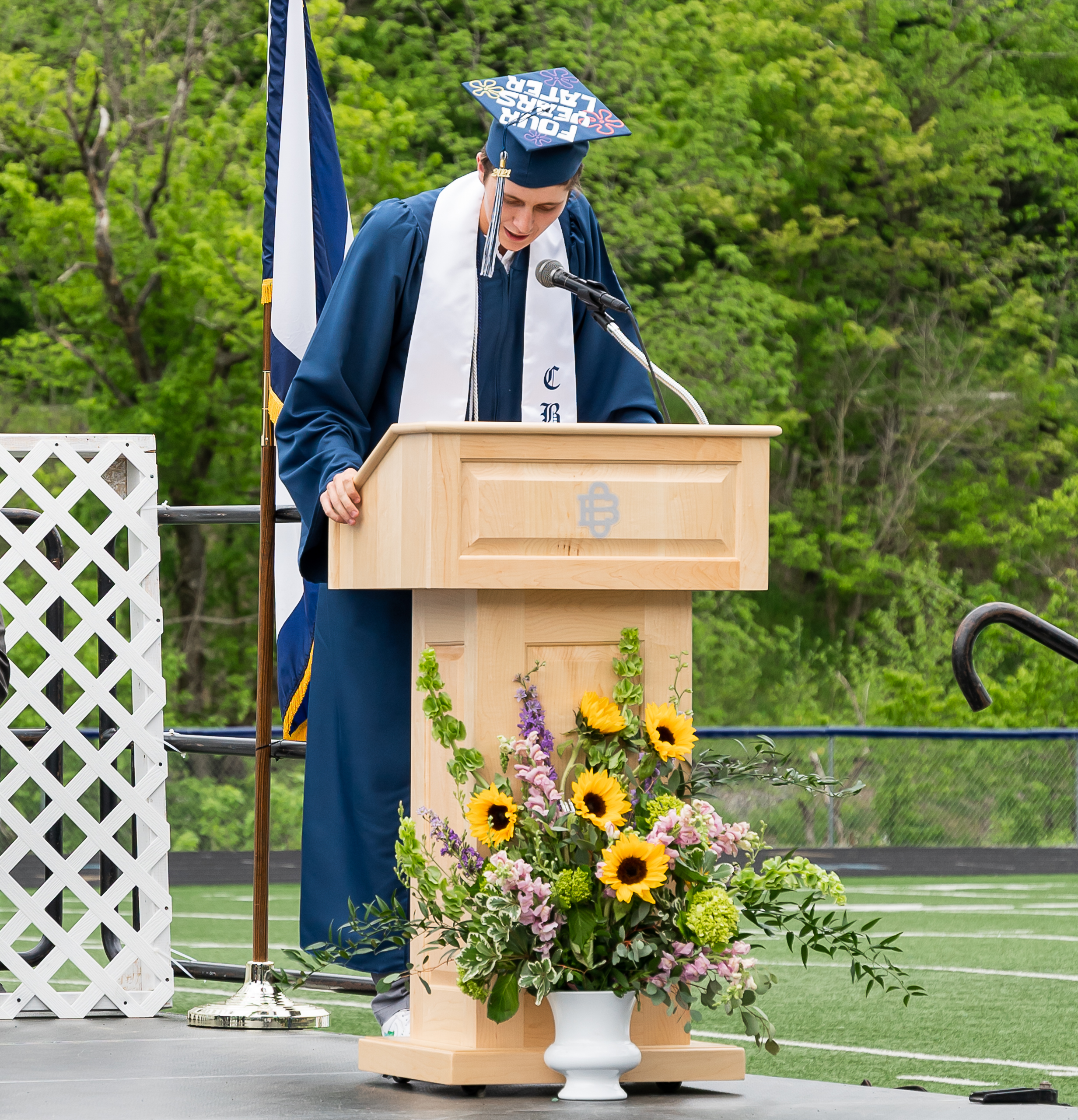 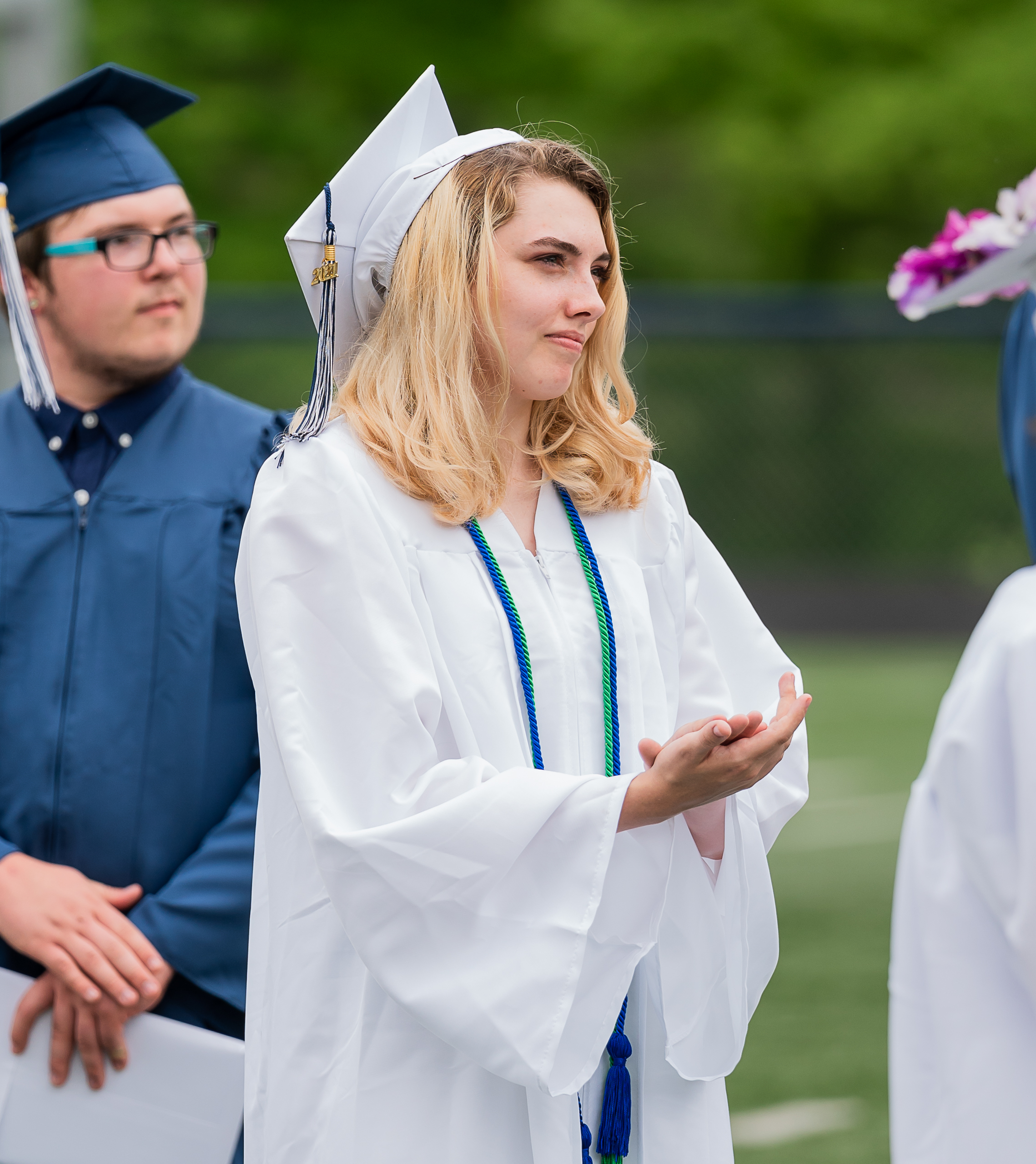 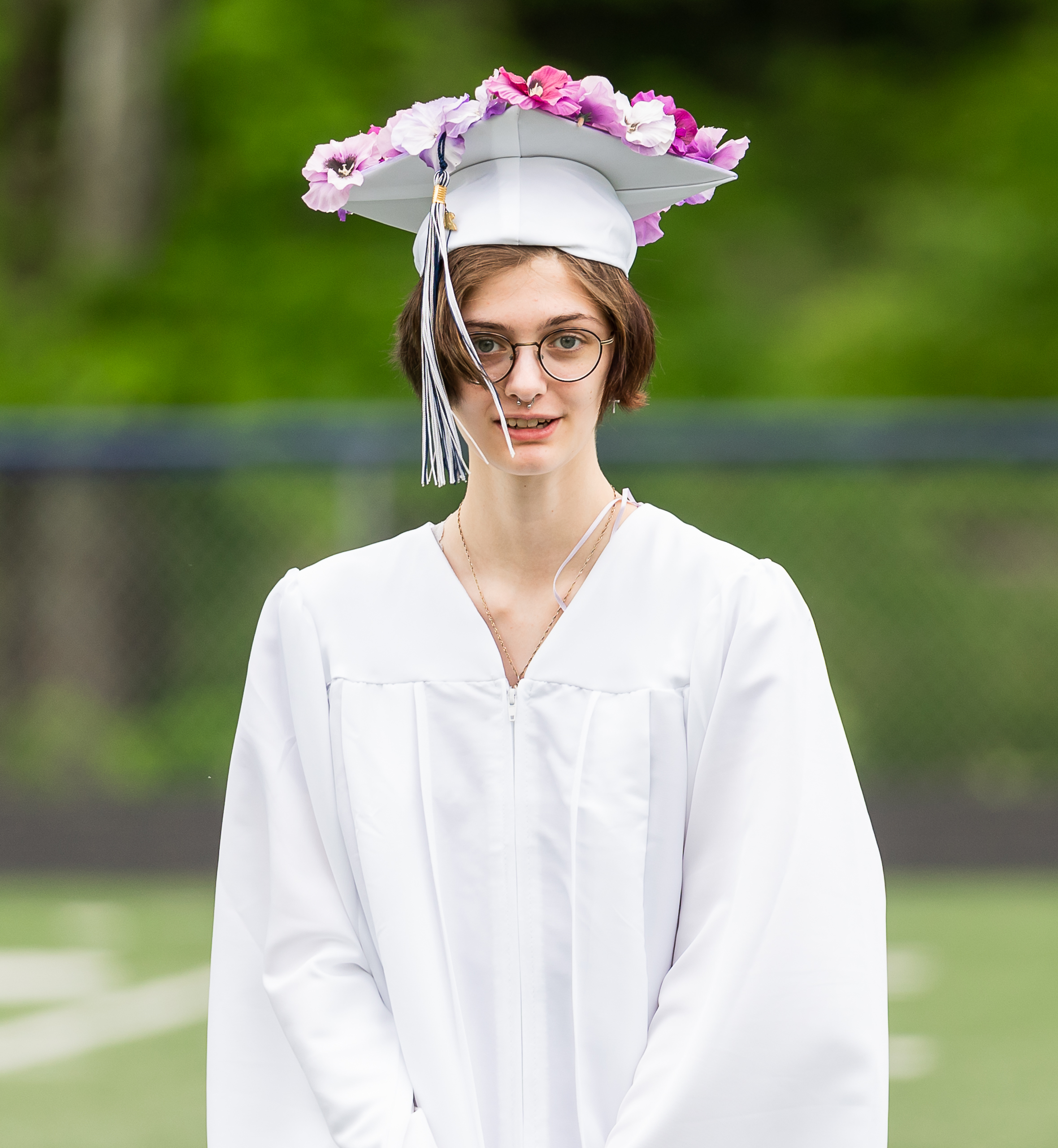 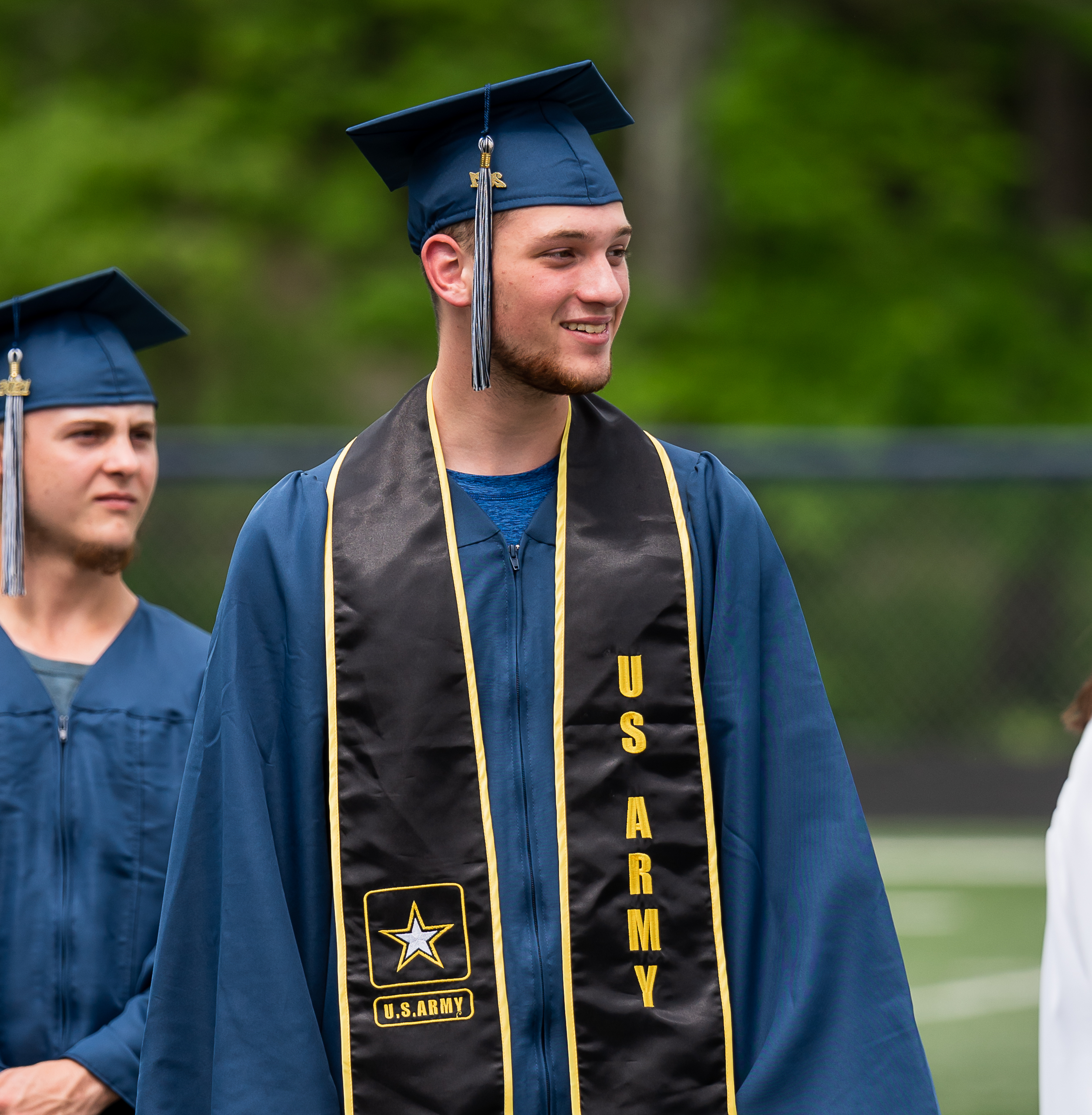 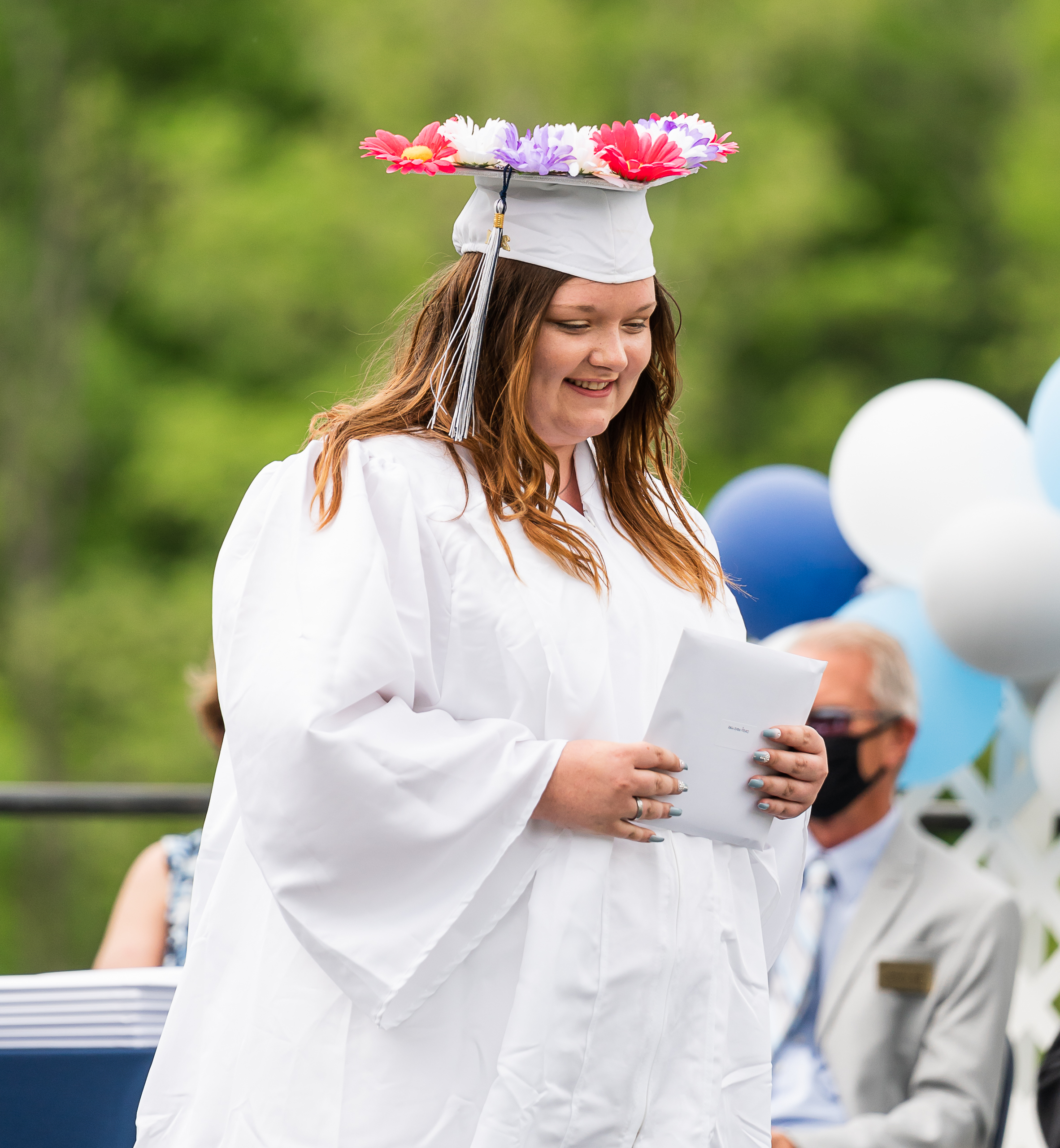 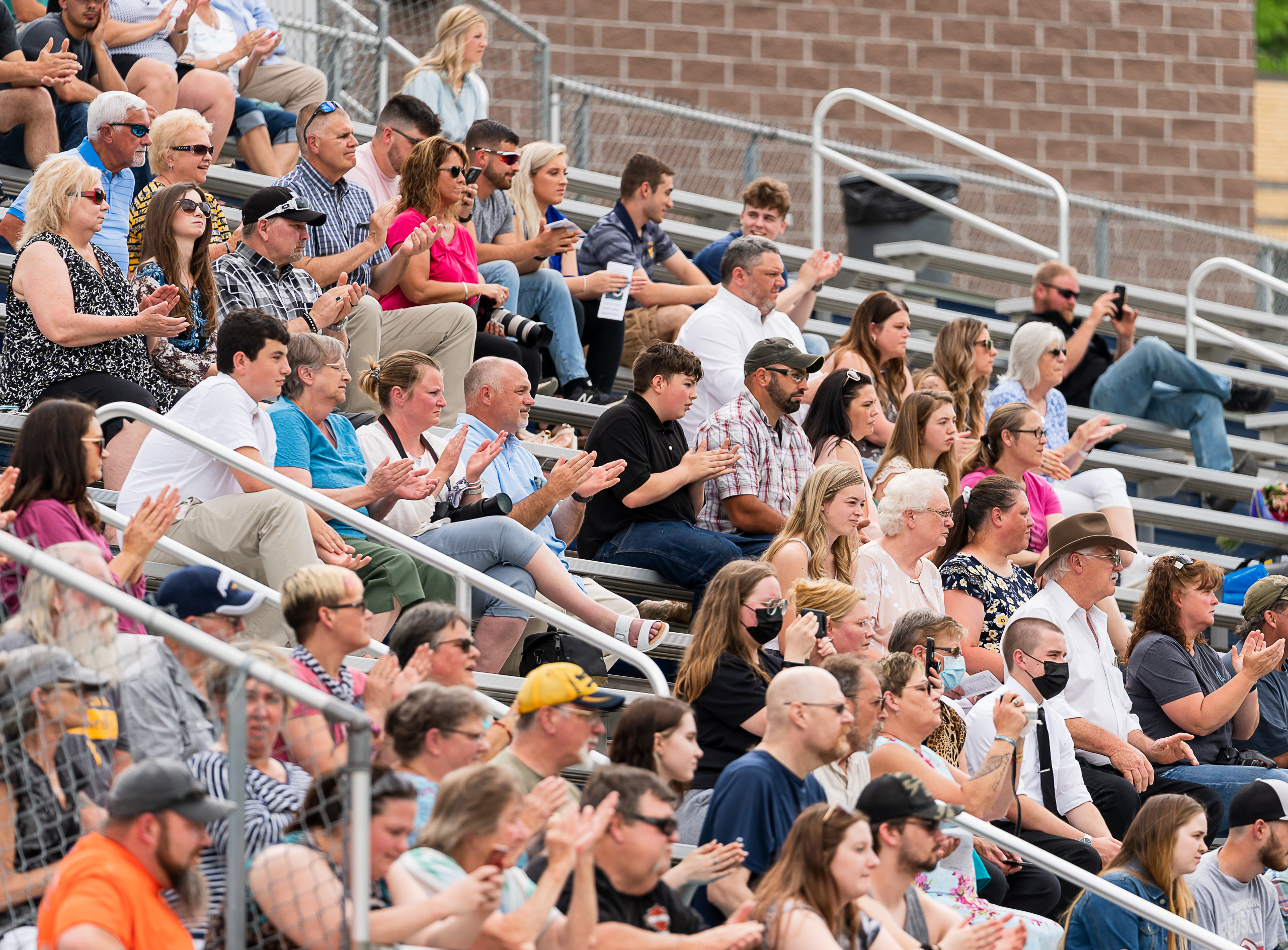 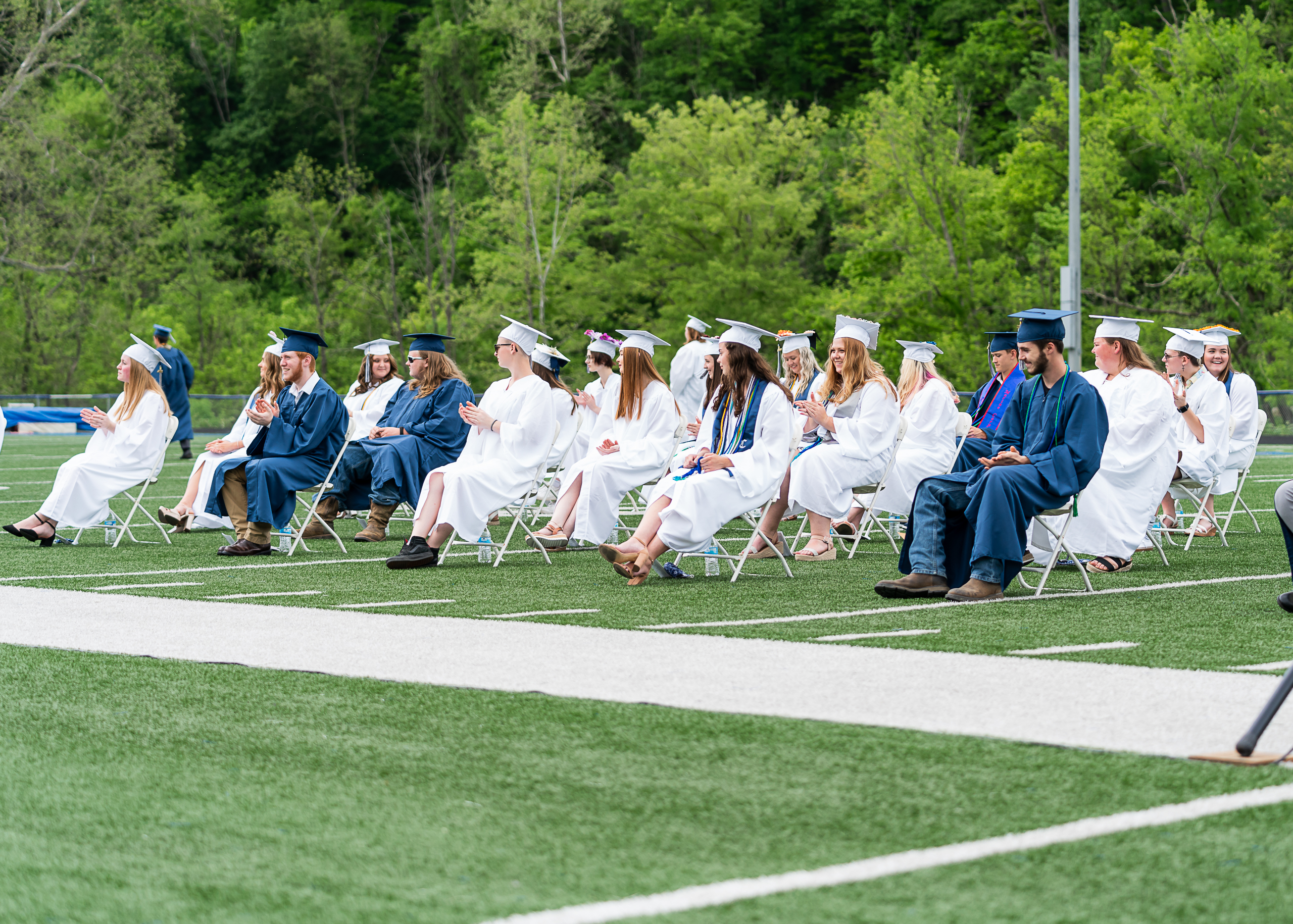 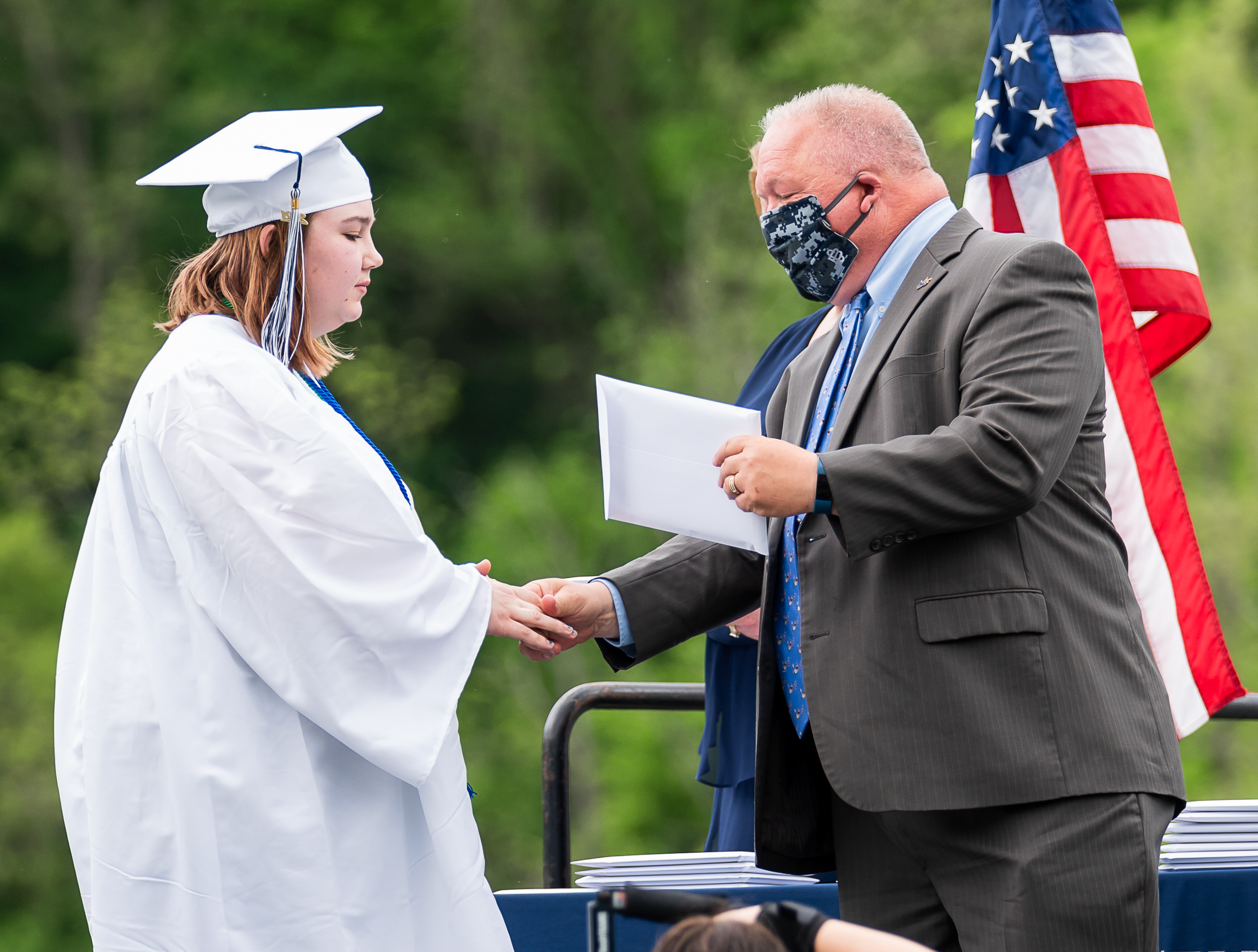 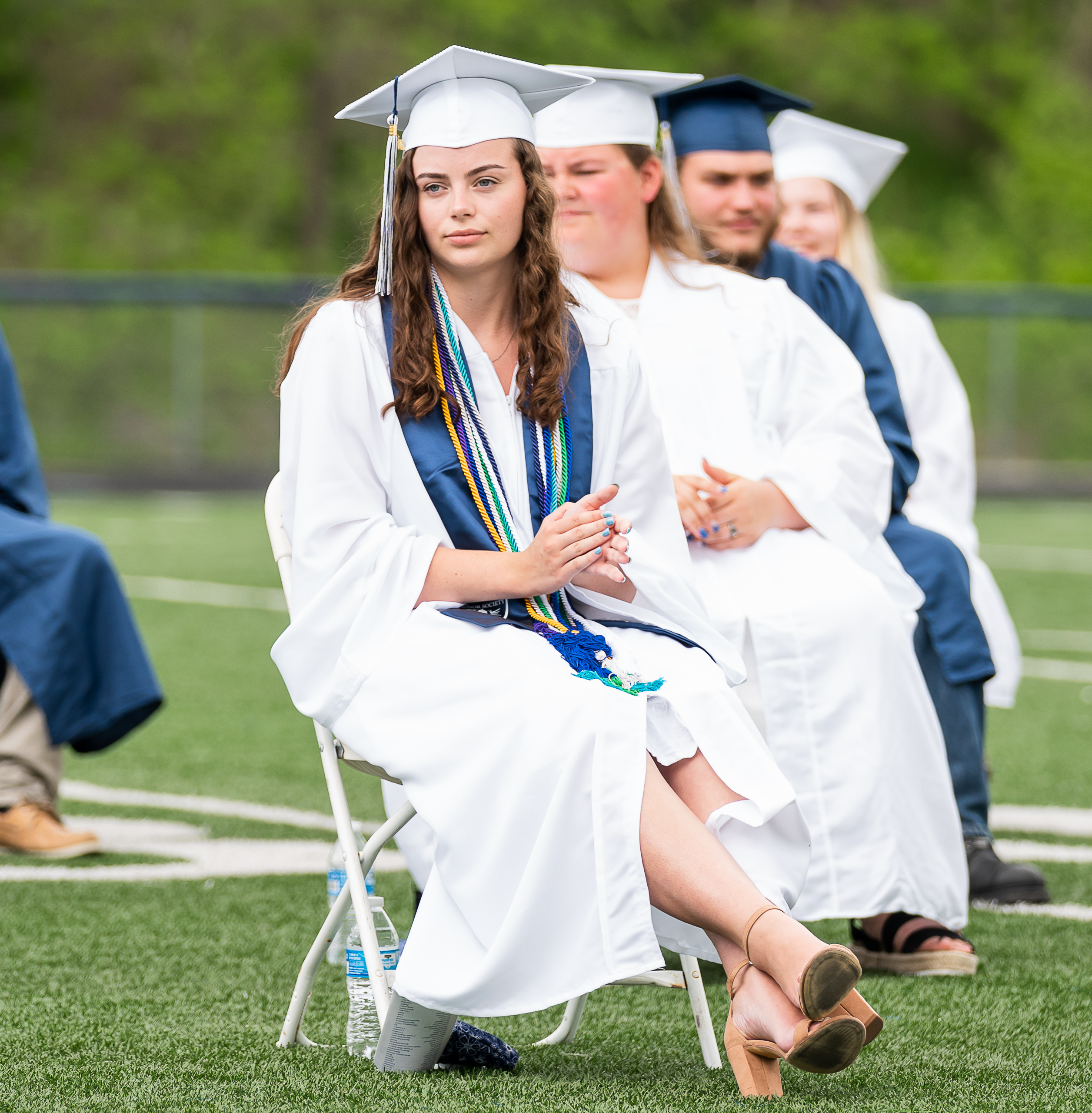 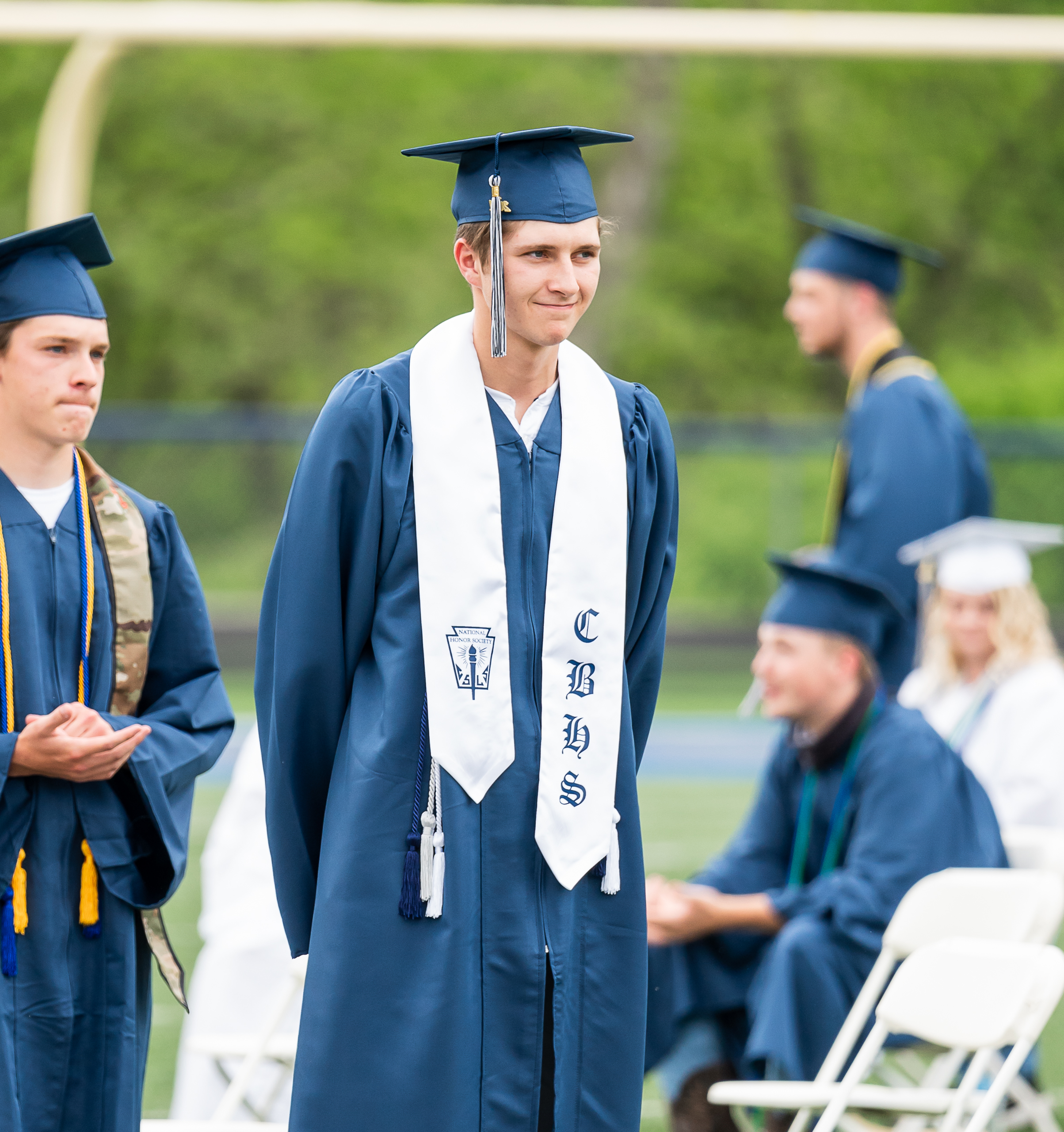 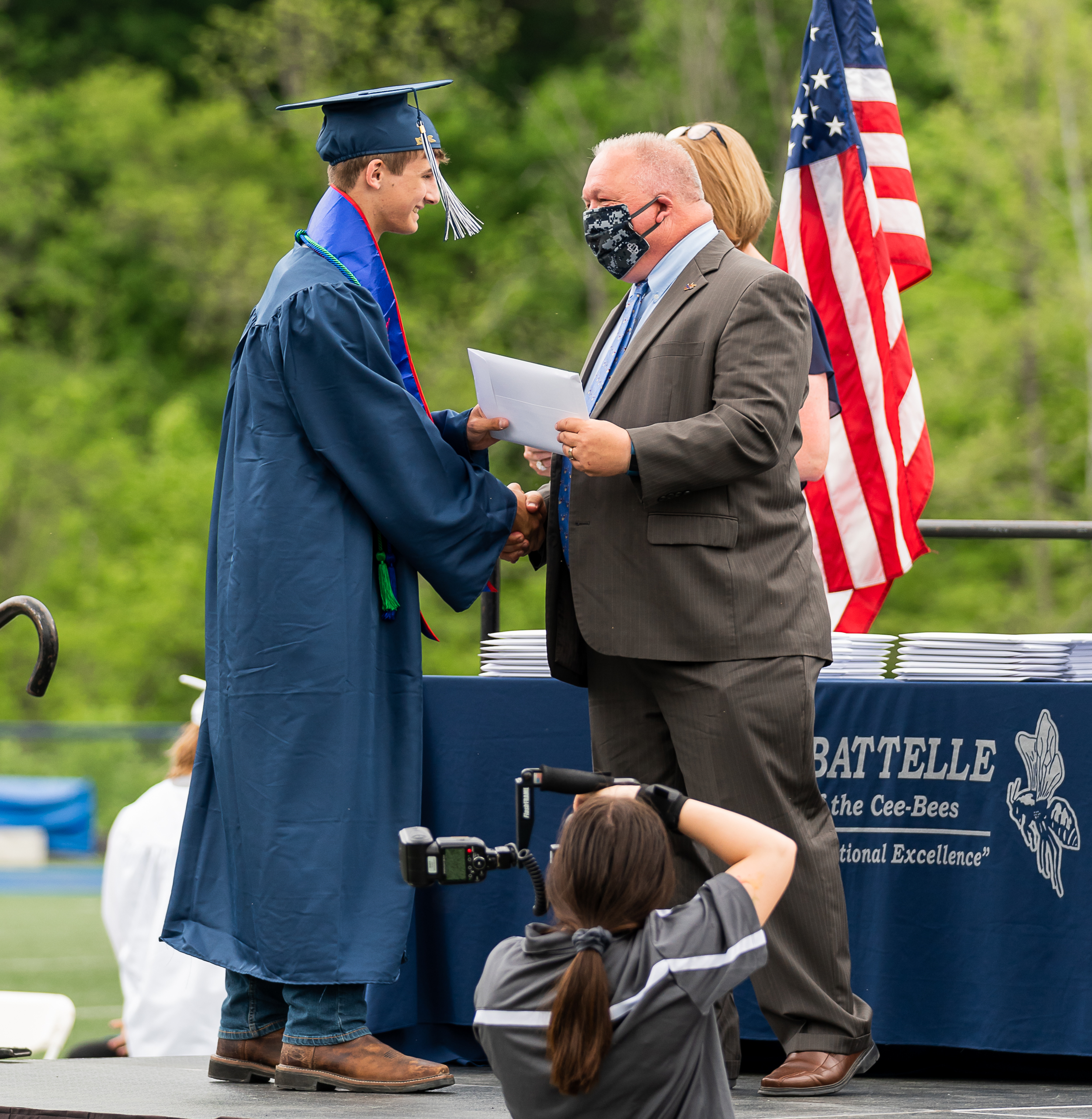 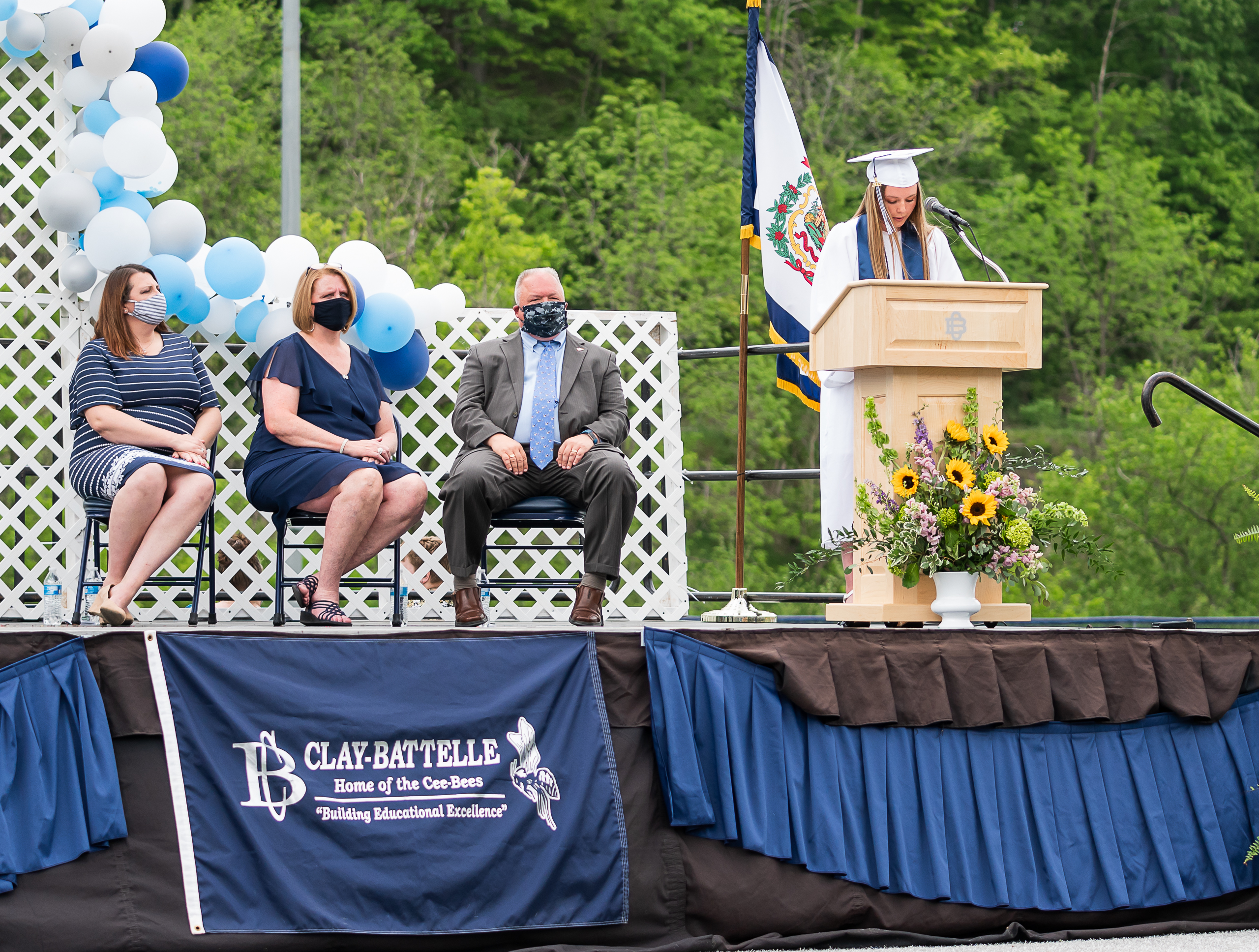 The school principal, meanwhile, has had a 14-month run of being impressed by this class, going back to March 2020 when the order came down to shutter all schools in the state due to the-then pending pandemic.

“They had a lot taken away from them,” Cottrell said.

“We were literally on the bus to go to an away game for football when we were told, right then and there, that we had to get off the bus.”

That was because of a positive case of COVID-19.

During his formal remarks, Cottrell told the class to not be afraid to go forth, even as they continue to celebrate their roots on the close-knit western end of Monongalia County.

Owen Herod and Autumn Stewart are taking him up on it.

He’ll be a marketing major at WVU this fall with an eye toward international business.

“I want to be able to travel and get paid for it,” he said.

Next month, he’s doing a road trip to Los Angeles, notching one more locale on his personal map.

Autumn Stewart, meanwhile, is off to Westmoreland County Community College in western Pennsylvania, where she’ll play varsity basketball and study to be a teacher.

“Teaching is what I’ve always wanted to do,” she said.

Chisler, meanwhile, said the pandemic taught everyone in his class to appreciate the moment.

Especially that glorious one last week, when everybody got be a kid again.

“Let’s not lose sight of that.”