For the first time since December 2019 graduates of West Virginia University walked across a stage and were handed the degree that marks and honors their years of efforts while friends and family watched.

Graduates from the May, August, and December 2020 commencements were welcome to come back and participate.

“Take comfort in knowing that your graduation here at the stadium will stand out from that of most other mountaineers before and after you,” Gee said. “You can then bore everybody by talking about it for decades to come.”

COVID-19 may be the biggest obstacle the graduates face in their lifetime, said Maryanne Reed, provost and vice president of academic affairs. “But here’s the good news, you have handled it,” she said.

“It was tough. It was hard,” said Cherish Heard, 21, of Morgantown “But we just grind you know? We keep going, we saw that the finish line was so close, so we had to keep going and we kept our eyes on our faith. Thankfully God helped us through it. So, I am just so thankful.”

Heard received her bachelor’s in psychology. She switched majors from biology after discovering that the mind was more interesting to her. Next, she will go to graduate school for pediatric psychology.

“So, I’m going to be working with the kiddos in the hospital,” Heard said.

The challenges brought by the COVID-19 pandemic offered the opportunity for students to learn about themselves and test the limits of what they thought possible, keynote speaker Dr. Patrice Harris said. Harris is a West Virginia native who earned all three of her degrees at WVU and is the first African American woman to chair the American Psychiatric Association.

Harris encouraged the graduates to be courageous, compassionate, curious, open to learning about others, and to practice gratitude — something she tries to do each day.

In addition to how to deal with adversity, pandemic also helped teach what was most important in life — family and friends, Harris said.

For first generation graduate Raul Echevarria, 21, of Pennsylvania, the lifelong friends he made were the best part of coming to WVU. Echevarria earned his degree in political science.

Friends were also key to getting through what Molly Carrick, 20, of Rochester, New York, called a “weird, so weird,” senior year.”

Spending time with a limited number of friends caused their bond to be stronger than it would be otherwise, Echevarria said.

No matter what comes next, the past year gave Saturday’s graduates skills, such as flexibility and strength, that prepared them for the future, said Darrell Donahue, Dean of the Davis College of Agriculture, Natural Resources and Design.

“The world awaits you; the world needs you,” Harris said. “Take with you the talent, knowledge, wisdom and passion that make you who you are. Take all of who you are on your journeys forward. Do well, do good and carry West Virginia in your heart.” 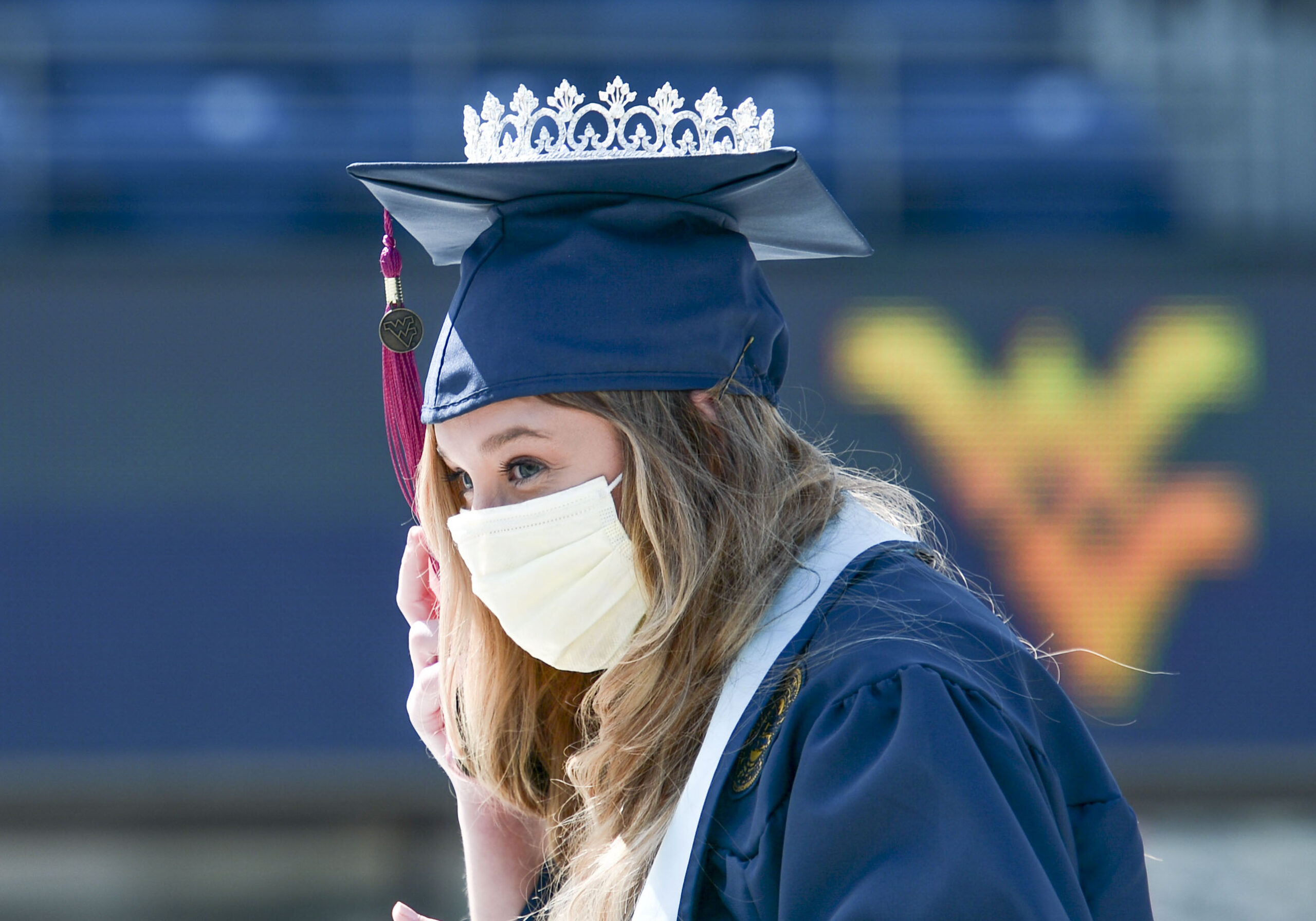 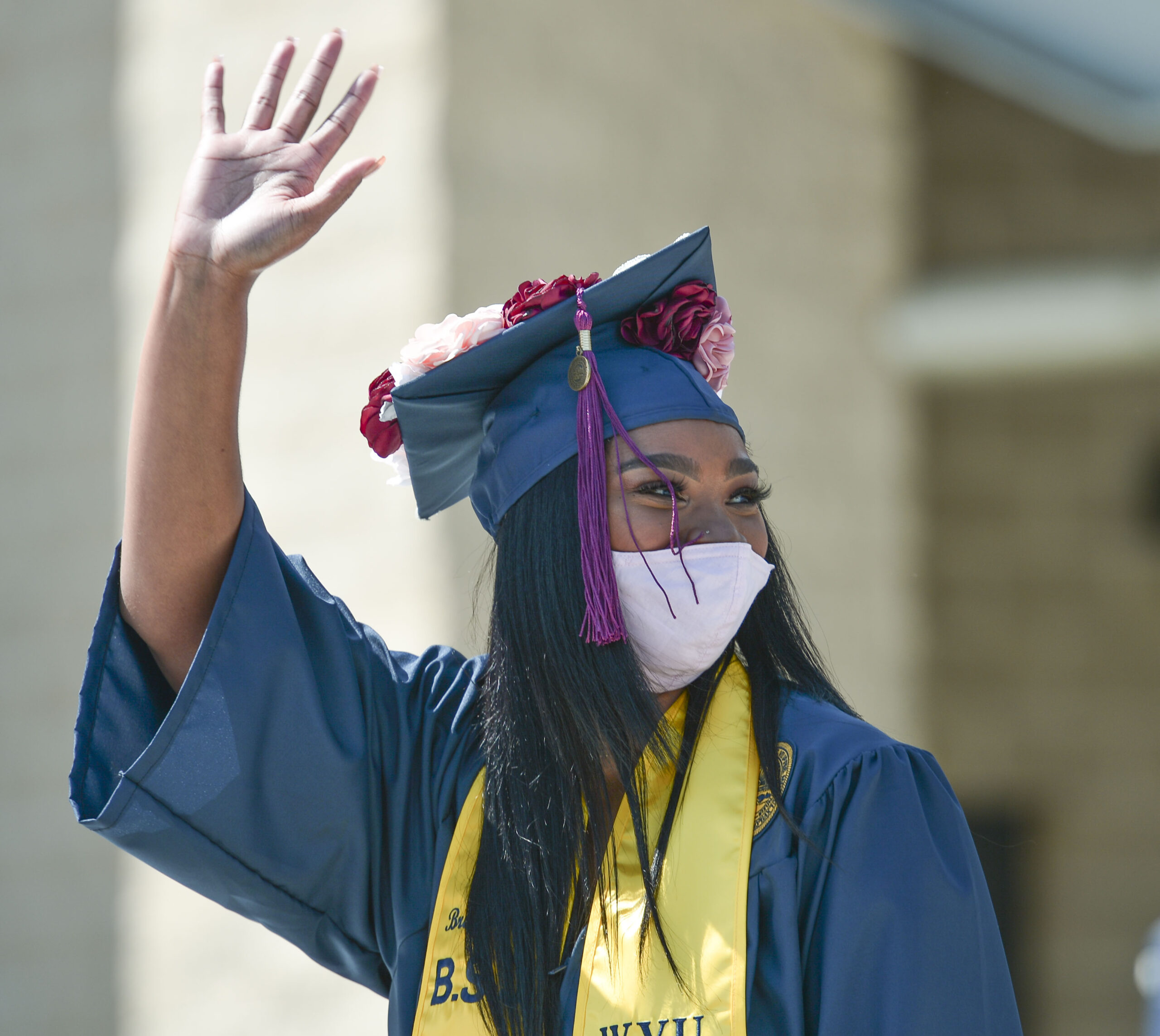 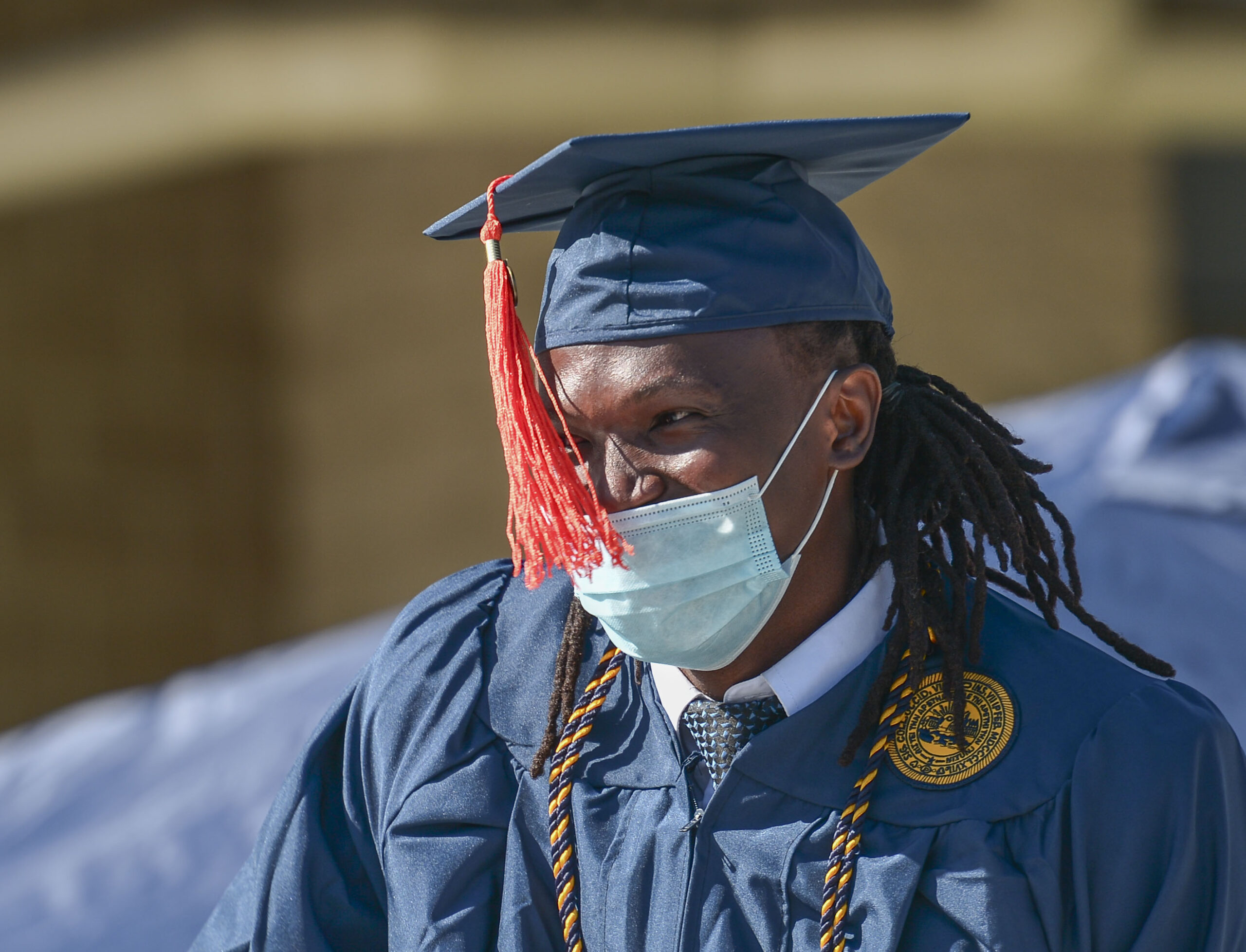 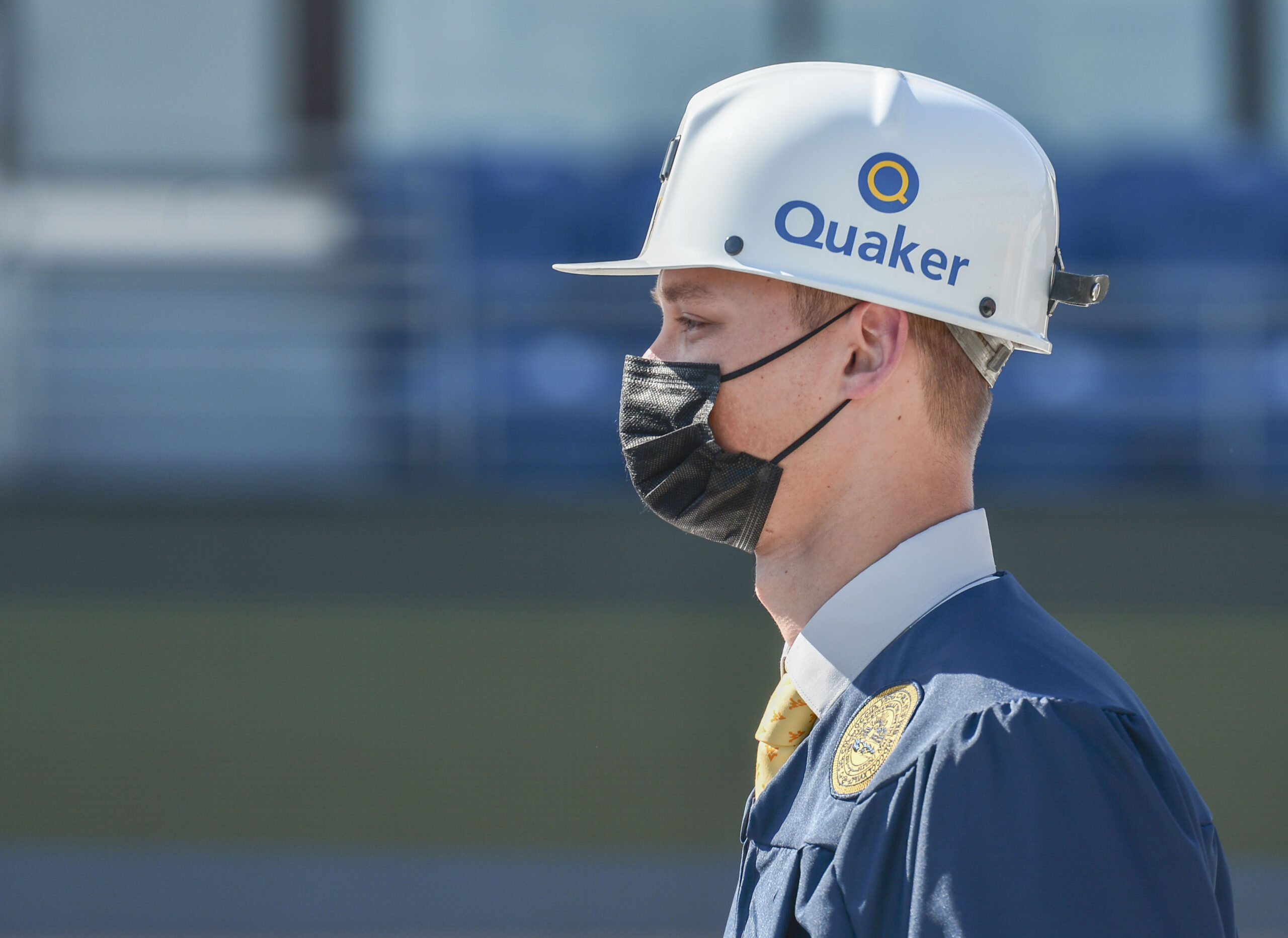 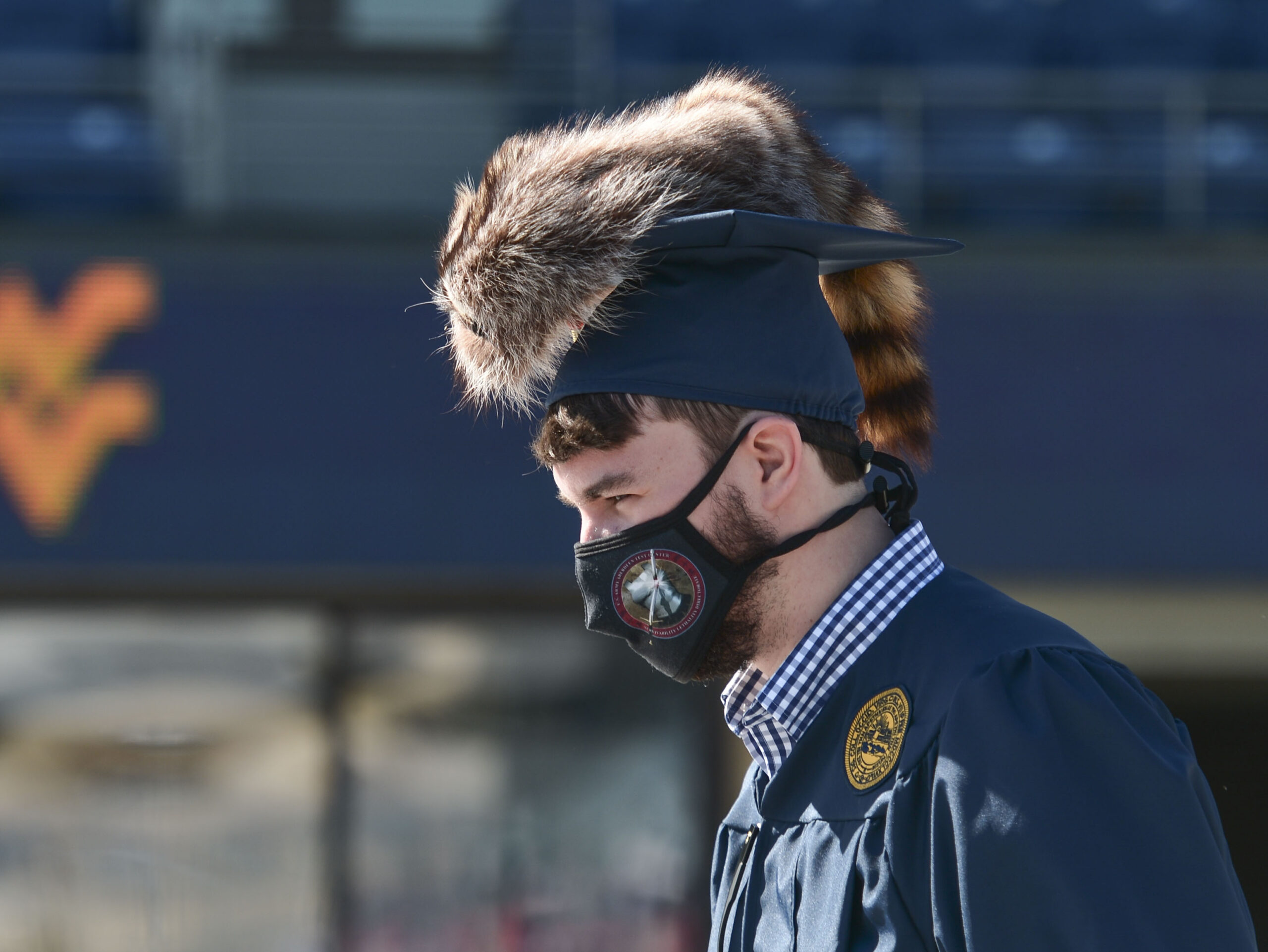 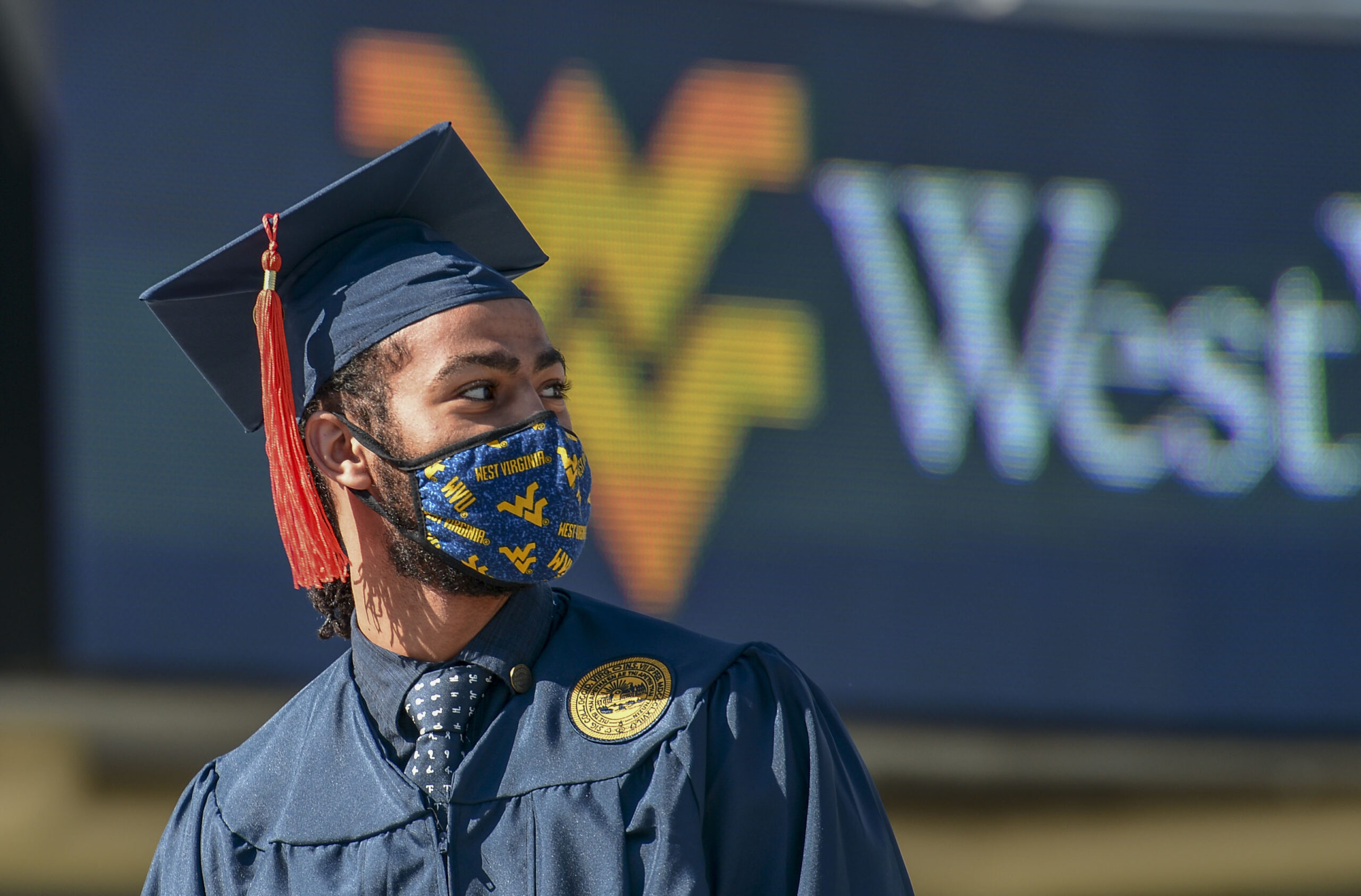 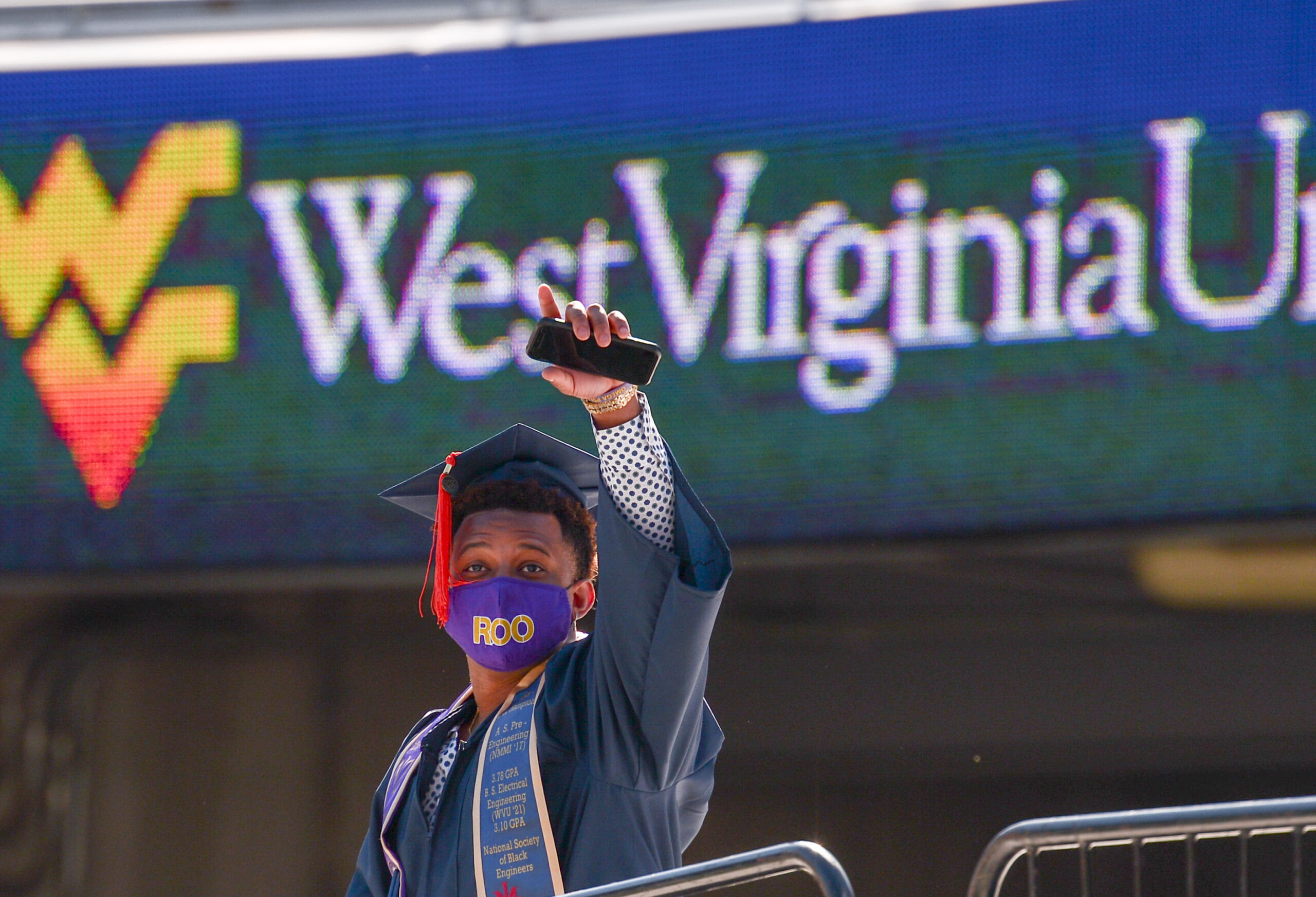 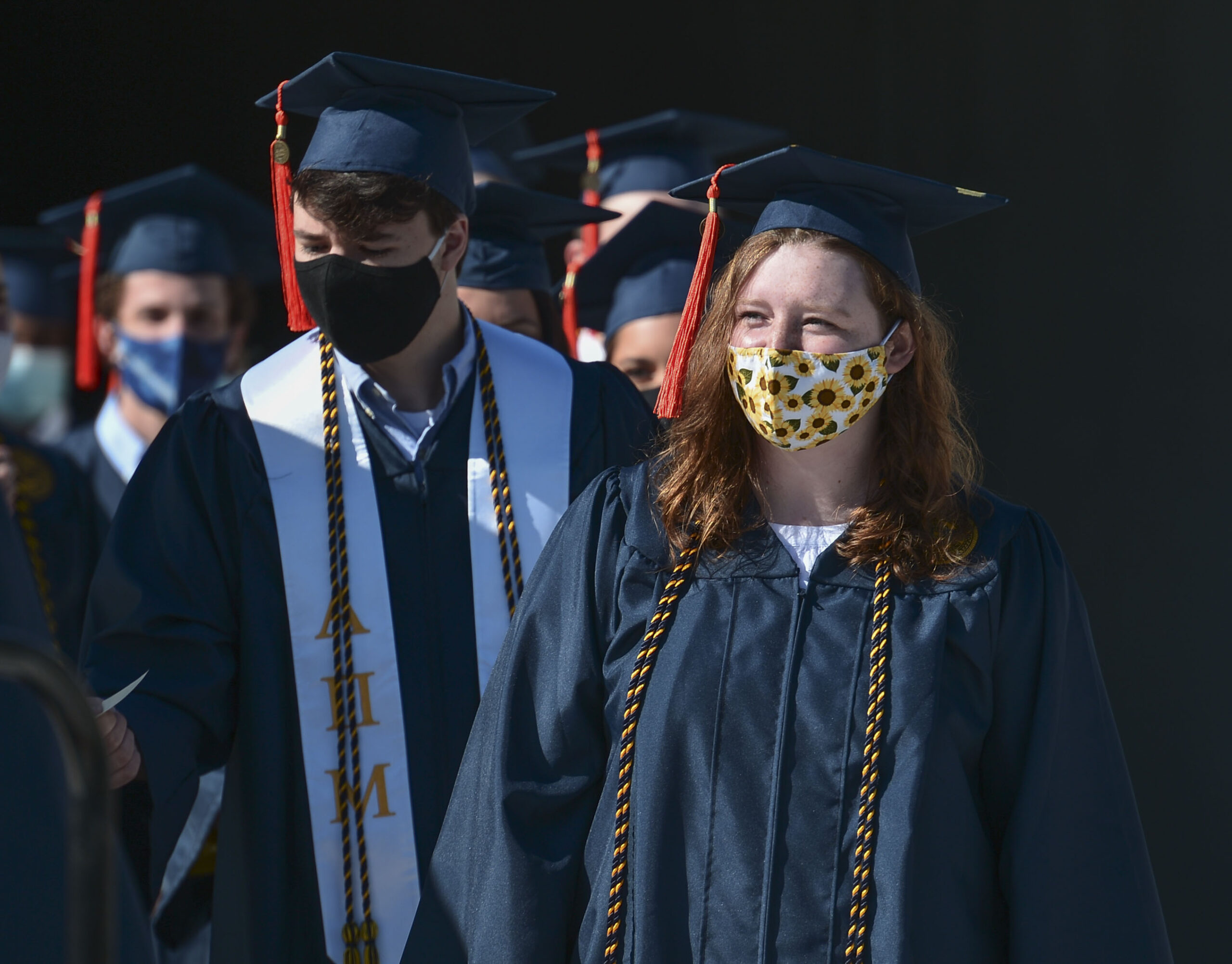