MORGANTOWN — Beyond the daily discussion of COVID-19 numbers and virus migration from the south, much of Gov. Jim Justice’s Friday briefing was devoted to the school reopening plans and union pushback.

Justice said he’s been working with the Department of Education for months on the plans, and the department has been in constant communication with the union leaders and teachers.

“To say that this is anything but a long-term effort is a real insult,” he said, and not just to him but to all the department and county school personnel who’ve been working on the plans.

“I’m willing to bet that as we go forward that there won’t be a place … that is absolutely more scrutinized and more safe than where our kids and our teachers and our service personnel will be.”

They’ve granted the counties local flexibility to respond, based on the metric they’re working out, Justice said – whether to go in-person, virtual or a hybrid. Parents also have great latitude and choice.

Justice fielded several questions about the Thursday union press conference. One dealt with the union leaders saying they haven’t been in the communication loop.

“Everybody knows that was just a political stunt yesterday,” Justice said. “It is totally preposterous to think they have not been communicated with in every way. This is nothing but nasty, nasty politics.”

Schools Superintendent Clayton Burch said that he’s been in regular contact with the teacher and service personnel union leaders, and they’ve brought every item of concern form the teachers, parent and community to his attention.

Regarding teachers who are concerned about coming to work and staying safe, Justice said, “Every single safety precaution known to man will be taking place in our schools” to keep the kids and staff safe. “We need absolutely for it to be flawless.”

Teachers and staff who have a medical concern will be accommodated, he said. Burch expanded on that.

“We absolutely need everyone to report to work,” Burch said. “We continue to stress it’s all hands on deck.” But he meets weekly with the county superintendents and they want to be as flexible as possible for those with health concerns, and the superintendents will work individually with them.

The Dominion Post asked a what-if: Do the counties have any authority or alternate plans if a large number of teachers refuse to come to the buildings?

Justice said, “We’ve got to realize that we’re in a pandemic and we’ve got to get the big stuff right.” The big stuff is protecting everyone. There will be changes along the way to adapt to local needs. The combination of in-school, virtual and hybrid learning will put less stress on the buildings and allow them to take care of everyone.

“Our people are good people,” he said, and he wants to stand with them regarding safety.

Burch said they are creating a process to assure safety, including keeping younger kids in their core groups.

He said he’s heard the question before and said, “I’ve not ever felt that what-if is anything serious.” The many teachers he’s talked to want to get back to work. “It’s just layer after layer of us being overly cautious before we do pull this trigger.”

If the issue arise, he said, they’ll deal with it, but he’ll be surprised if it does. “Our educators are just way too dedicated to our children.”

Bureau for Public Health Commissioner took a question about how schools will respond to a kid who tests positive.

If the child is in the classroom, she said, parents and the local health board will be notified. If it happens during class, the child wold be taken out of the room by the teacher or principal. The parent would not come into the classroom. The health board would conduct contract tracing.

The state’s COVID numbers continue to improve, Justice said. The Rt value – which measure the potential for virus spread – was .92 when Justice spoke, eighth best in the nation. Anything below 1 is good and indicates the virus isn’t spreading; on July 10 it was 1.37, the nation’s worst. Later in the day, the number had fallen again, to .91 and West Virginia ranked sixth best.

“How have we done that,” he asked. Wearing masks. A lot of people still don’t like it. “But it works. We see it right here and it is working.”

Daily positive cases were up a bit, from 116 Wednesday to 140 Thursday, but total active positives continued to dip, from 1,938 Sunday to 1,796 Thursday.

Not all the news was good. Justice announced seven church outbreaks in five counties – Cabell, Grant, Logan, Mason and Taylor – with a total 89 cases.

DHHR will start accepting applications Sept. 1, they said. Eligible children will receive either an Electronic Benefits Transfer card or a check worth $200 in place of the former paper vouchers. They can be used in-person or online and are good for clothing or for piece goods for families who sew their own clothes.

Some will receive the benefit automatically by the end of August, Crouch said: families with school-aged children currently receiving WV WORKS cash assistance; children in foster care; children ages 4-18 who receive SNAP, are enrolled in school and under 100% of the Federal Poverty Level.

Justice returned to the theme of COVID migrating to the south and said there’s one chief reason: “Myrtle Beach,Myrtle Beach, Myrtle Beach.”

MORGANOTWN -- A Harvard University professor has criticized West Virginia's color-coded COVID map while the U.S. CDC has copied it.... 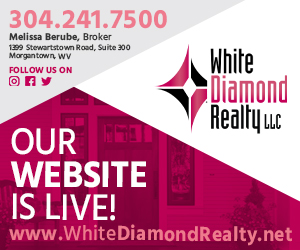