Organized by ‘Mothboy’ podcast hosts Mike Strayer & Matthew Schang, the event brought together 30 artists and creators with fans from across the nation, all interested in cryptids and other supernatural phenomena.

“I knew it was going to be a great event, I knew there were a lot of people, but it went over what I was expecting,” Kelly said. “It was amazing, definitely the biggest event we’ve had to date.”

Many of those attending were from out of town, and no small amount were from out of state. Vendor Kenzie Gleason of the ‘Manic Pixie Dream Ghouls’ podcast drove nine hours from New Hampshire to be part of the event.

Aaron and Sara Deese had her beat by a bit, driving over 24 hours from Austin, Texas to be in Morgantown Saturday.

“We’re kind of tapped into the podcasters and content creators who are putting this on,” Aaron said.  “We’ve been hanging out with them online for the past few months and just got really excited for this event and made time for it.”

That sense of community, fomented by creators and fans finding each other online, seemed to be a key to Cryptid Bash’s inaugural success. Finding like-minded people to discuss the finer details of Mothman or the Flatwoods Monster is certainly facilitated by the internet when the other option is driving halfway across the country.

“I was a little nervous because I’m not as outspoken as (Aaron) with these people, but I feel comfortable,” Sara said. “It’s fun, you can talk about your favorite cryptid. Why you like it, what’s the backstory. It’s so cool.”

The Deese and their fellow cryptid connoisseurs may get their wish, as this year’s successful Cryptid Bash makes planning next year’s all the easier.

“We will be doing it annually. We’ve had a bunch of vendors already sign up for next year’s event. We’re already planning that,” Schang said.

As a devotee of supernatural culture, Schang sees a benefit to these types of events beyond economics.

“I think these events are just important to preserve these stories, these legends, these lores these encounters of the strange and the odd,” he said. “It’s important we embrace it all, and this is a good way to do that.”

Note: A prior edition of this article reported around 300 people had attended the event. The number of attendants was in fact closer to 400, per a count from Morgantown Art Party. 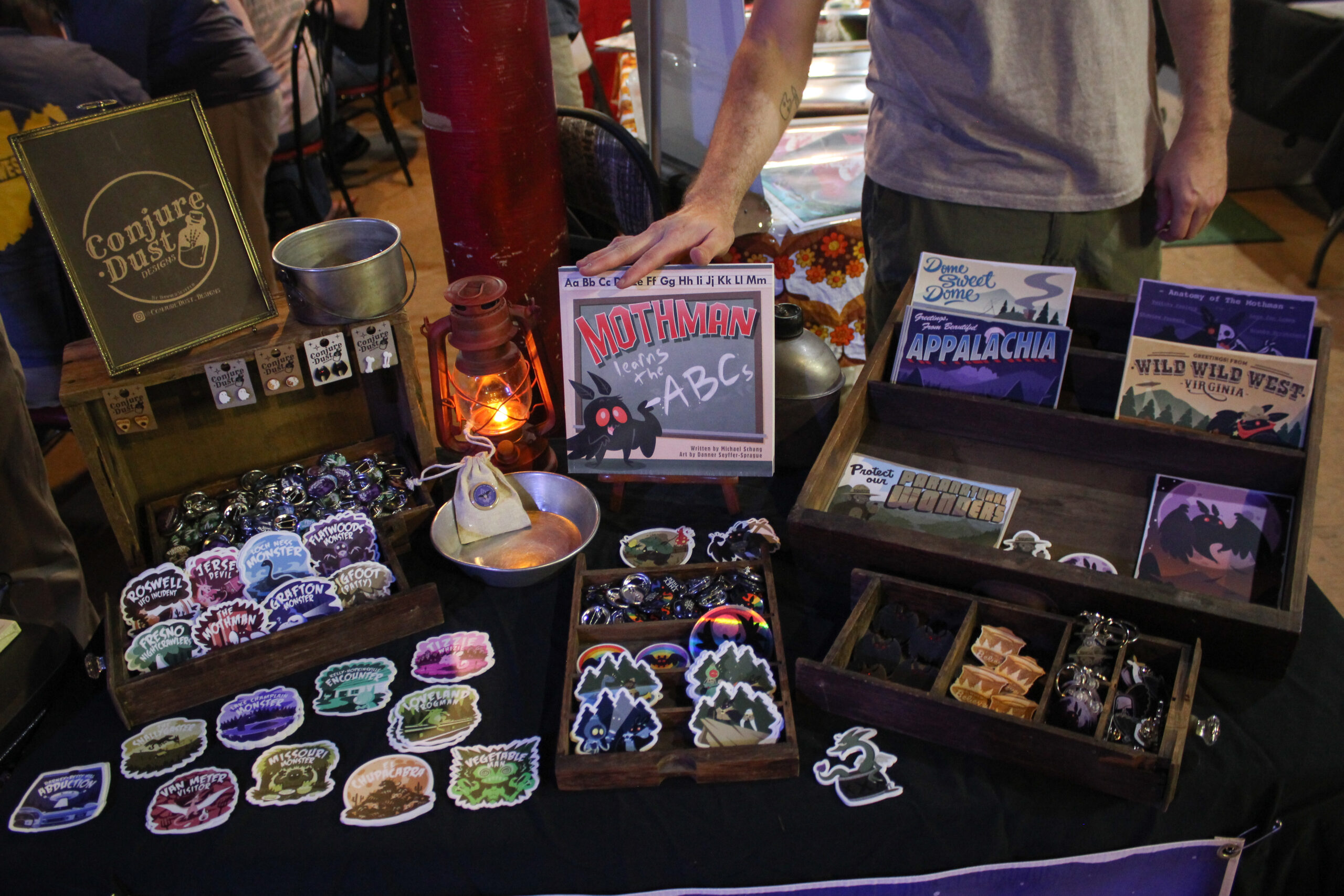 Danner Seyffer-Sprague places his hand on a copy of “Mothman Learns the ABC’s” a cryptid themed children’s book on sale at the Cryptid Bash at Morgantown Art Party in downtown Morgantown Saturday afternoon. 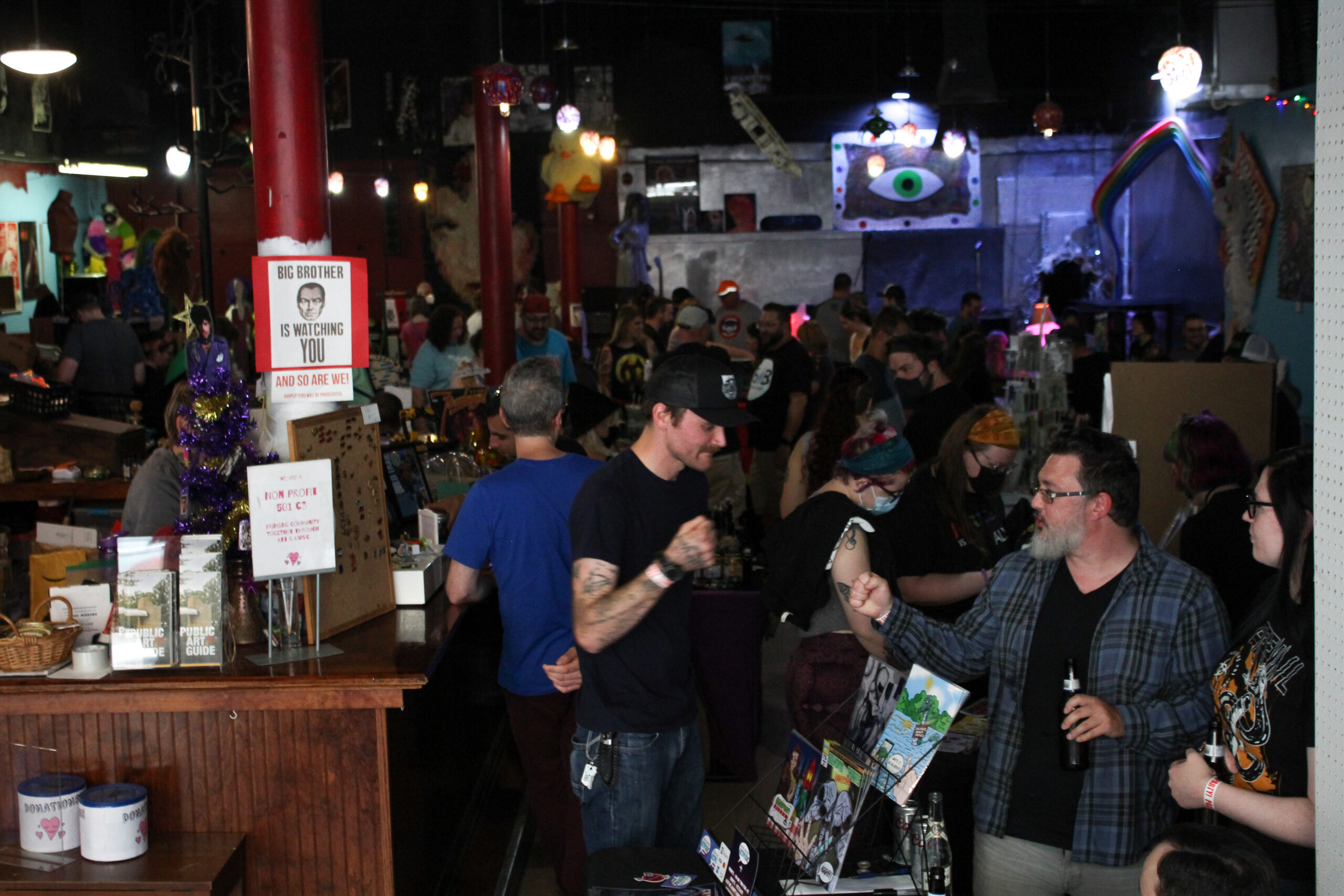 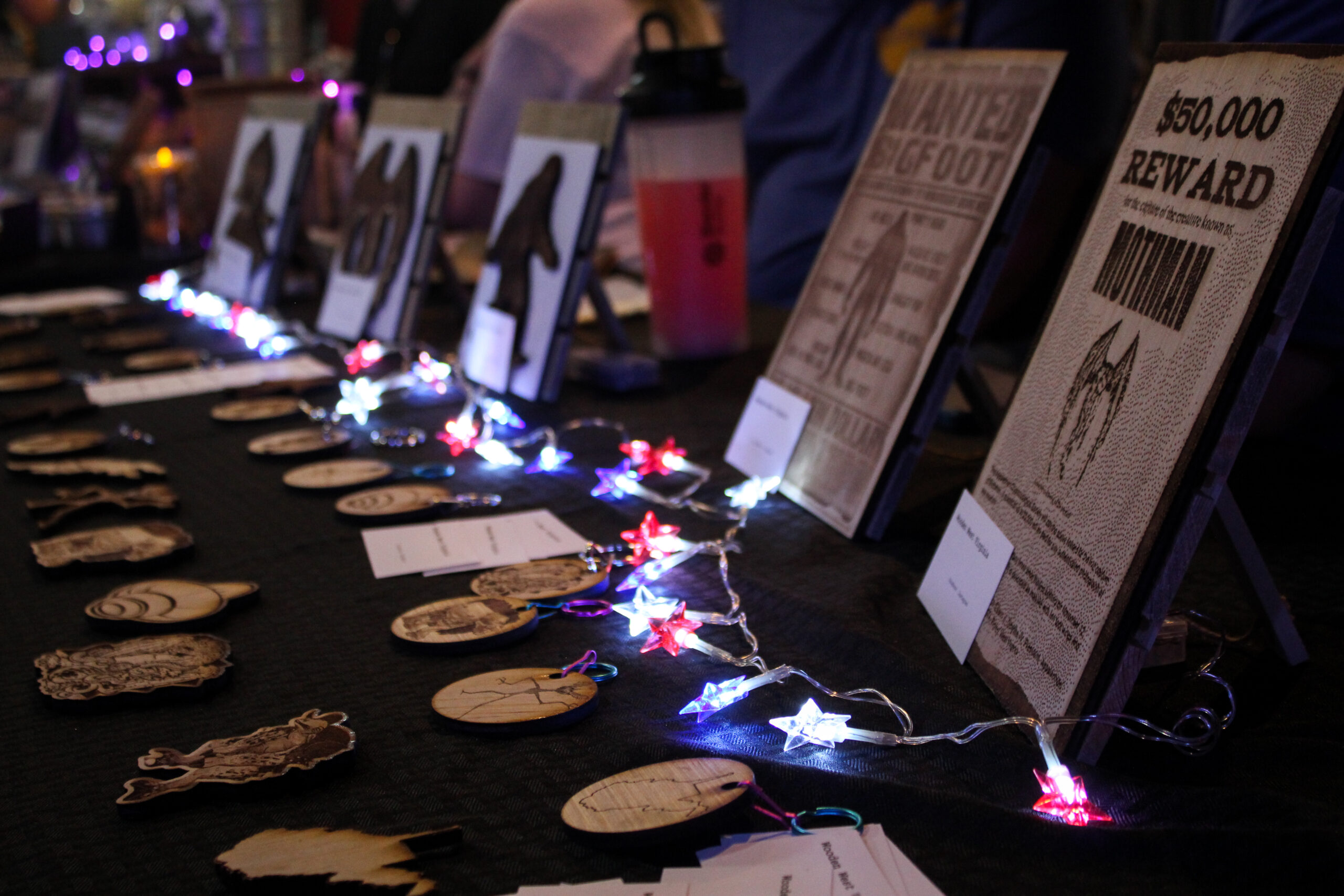 Laser wood engravings of cryptids made by Gabriel Ringgenberg of Princeton, West Virginia were just one of many cryptid inspired creations on display and on sale at the Cryptid Bash in downtown Morgantown Saturday. 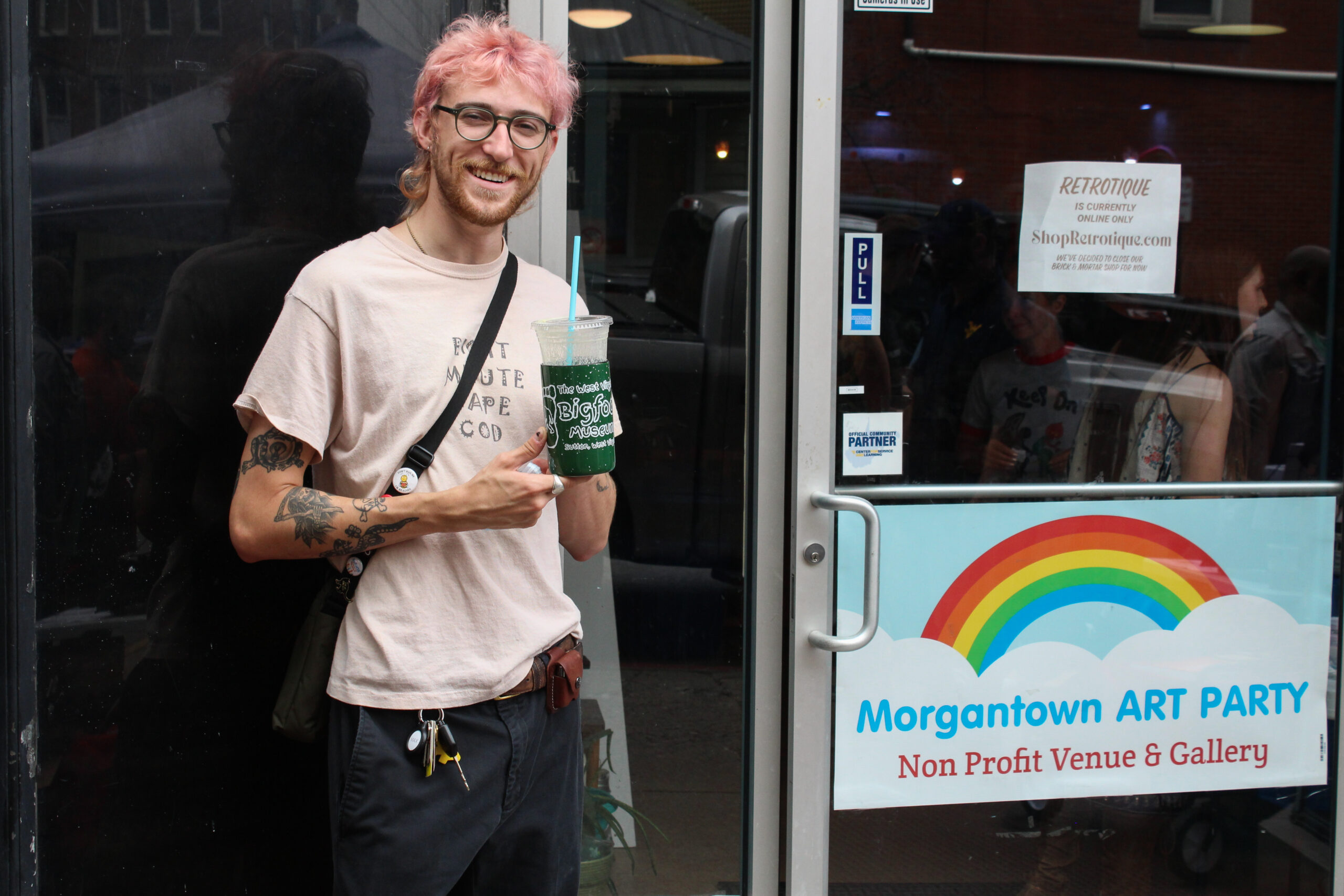 Morgantown local Max Ostrow shows off a Bigfoot Museum mug he purchased outside of the Cryptid Bash at Morgantown Art Party on Walnut Street Saturday afternoon.