Morgantown resident Corina Chang snaps shots of families in the area learning to coexist with COVID19 as part of the National Front Porch Project, a movement all about wellness and prevention. (Submitted photo/Corina Chang)

You just knew there were going to be gas mask poses. How could there not be?

And goofy, spotlight-hogging dogs whose snouts had a way of showing up when least expected.

Don’t forget the inevitable, high-groaner, Dad joke — delivered, of course, in the last possible nanosecond before the shutter-snap.

That’s what Corina Chang gets, for taking all those photographs.

“It was special,” said Chang, the Morgantown Public Library’s camera-wielding manager of marketing and outreach.

“People were gracious to let me in.”

Well, actually, she only got as far as the front porch.

But that was OK. That was the idea.

Chang is among hundreds of people taking up cameras these days as families are learning to coexist with COVID-19.

All this chronicling is for the benefit of the National Front Porch Project, a movement all about wellness and prevention.

The idea, even as restrictions are lifting, is to capture families quarantining together: Staying home, staying safe.

For Chang, it’s been a volunteer project not associated with her work at the library.

She’s a Floridian who came to Morgantown last year with her husband, a WVU medical resident.

Photographers, amateur and otherwise, have been fanning out for the event, which also raises money for local causes.

Chang, who just snapped her final photograph for the project this week, is happy to report the charitable aspect of her contribution ended up in crystal-clear focus.

She set out to raise  $1,500 for the Mountaineer Food Bank, a nonprofit in Gassaway, Braxton County, that provides feeding programs across the state.

A hunger to help

The Mountaineer Food Bank was an easy choice, she said.

Its mission is to knock food insecurity in the Mountain State, which is just as clinical as it is socioeconomic.

To be “food insecure,” means you are literally not getting enough to eat, to sustain yourself nutritionally.

West Virginia is a destination.

Food insecurity is prevalent in the downtrodden counties in the southern coalfields and even in relatively prosperous Mon.

As many as 1 in 5 children across the Mountain State go to bed with growling bellies, according to Feeding America, the online nutrition watchdog group.

More than 2,000 children are classified as food insecure in Monongalia County.

Professionally speaking, no one could ever accuse the 33-year-old Chang of being insecure.

As a Peace Corps volunteer in Samoa, she wrote grants and managed a construction team that built a library in her village.

She traveled to sometimes dangerous spots across the Middle East while studying foreign policy and social concerns at The Hebrew University in Jerusalem.

Chang has even shimmied in public, as a cheerleader for the Cleveland Monsters of the American Hockey League — “One of the more terrifying moments of my life,” she laughed.

She can’t laugh at the quiet terror of mounting political oppression.

That’s how she came to be an all-American kid who just happens to be fluent in Cantonese.

Her mother and father fled their native Hong Kong for the U.S. in the 1990s, as the sprawling, Western-styled city, which had been under British rule for generations, was in the political process of being handed back to China.

Chang was born in the States and grew up in Miami.

Now she watches the international news with mounting dread. As Beijing has begun clamping down on social freedoms, including the right to protest, that Hong Kong residents enjoyed and took for granted, even.

“It’s only gonna get worse,” she said.

Back to the future

She and her husband spend their time at home scurrying after their 15-month-old son.

He’ll have many stories to hear as he gets older, his mom said.

Maybe she’ll just let him leaf through her Front Porch folio at first, she said.

Then he can direct the discourse.

“All these families, all these people, were just so giving of themselves,” she said.

She appreciated their openness and even their vulnerability, she said.

One of the families she chronicled included a newborn, coming home for the first time, Chang said.

That act was made even more significant by the two words that had been posted at the hospital: NO VISITORS.

There were other children at home, the photographer said, but they hadn’t been allowed to go to the hospital because of restrictions prescribed by the coronavirus.

“Everybody was meeting everybody for the first time. This was a baby born in a pandemic.”

COLUMN: COVID-19’s impact on Africa and its wildlife

COMMENTARY COVID-19 is creating the worst imaginable conservation crisis in Africa.  Things are deteriorating rapidly, and given the growing number... 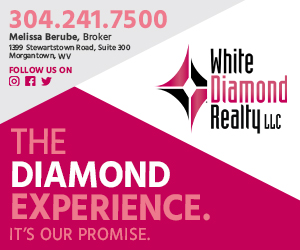