Photo courtesy of the governor's office.

One, he is asking the Tax Department to extend the state income tax filing date to July 15, in line with the change at the federal level.

Two, the statewide schools closure has been extended to April 20.

And three, he is extending the date for interest and penalties on property tax filings to take effect form April 1 to May 1.

Justice didn’t stay long, saying he had to make a call to the White House and deal with some other issues. But he briefly addressed the change in the tax filing date, saying discussions about budget shortfalls and the new fiscal year falling on July 1 played a role. Senate action on the next coronavirus fiscal package helped drive the decision.

As of Wednesday afternoon, there were 39 positive cases in the state, 759 negatives and six tests pending. WVU Vice President and Executive Dean for Health Sciences Clay Marsh talked about the spread of the disease.

Relative to the total number tested, he said, the proportion has risen significantly, from 3.3% to 5.1%. But given what they know of the spread, that increase isn’t surprising. “It does really support the steps we have taken” to curb the spread.

Each infected person, he said, spreads it to as many as three other people. So, he said, it’s time to rally and protect our families, communities and healthcare workers.

Worldwide, he noted, men are more likely to succumb, possibly due to poorer diets than women and their overall poorer health.

He repeated the oft-cited caution about not touching your face and keeping your hands washed. The virus, he said, lives in a hibernating state until it gets to your nose or mouth, where it quickly infects cells in the upper airway. In two to three days, it creates 100 million copies of the original virus in each teaspoon of blood.

Surgical masks don’t block the virus, Marsh said, but do serve as a reminder to wearers not to touch their faces and to wash their hands.

Bureau of Public Health Commissioner Cathy Slemp added another caution. Stay home if you are sick, even if you are an essential worker, she said. Stay quarantined for at least a week, or three days beyond the end of a fever if that period is longer than a week.

The shortage of PPEs – personal protective equipment such as gloves, masks and gowns – for healthcare workers has been a daily concern.

Department of Health and Human Resources Secretary Bill Crouch said, “We are literally scouring the world for those.”

Adjutant General James Hoyer expanded on that, saying obtaining those supplies is logistically complex. They have to contact multiple suppliers, buy them and arrange for their distribution at what he called a “daily burn rate,” meaning how fast they get used up.

Marsh was aked about the effectiveness of the anti-malaria drug hydroxychloroquine sulfate, which is being investigated as a possible coronavirus treatment.

“This is an interesting drug,” he said. It aids the work of cells killing foreign infesting agents inside themselves. A small-scale French study showed that that drug paired with azithromycin – often prescribed in a so-called Z-pack – appears to help. But that’s not proven yet,

Coincidentally, Mylan announced on Wednesday that as voluntarily waived its exclusive rights in the U.S. to distribute its generic version of Kaletra to enable other generic applicants to be eligible for FDA approval of their medicines in case clinical studies prove it effective.

Marsh noted that some people are hoarding hydroxychloroquine in order to use it as a preventative, and some of those have died. Don’t use it if you’re healthy, he said. The drug is a potential tool but there’s no direct evidence yet that it works against coronavirus.

1 remains positive for virus at Sundale

Morgantown's Biser has no complaints about the upcoming season schedule, excited to get to work 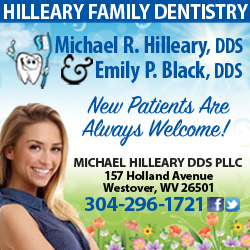