Eleanor Stanley Bartley, 93, died Wednesday, July 3, 2019, at Elizabeth City Health & Rehabilitation Center.
Mrs. Bartley was born in Fairmont on Oct. 13, 1925, and was the only child of the late Mr. and Mrs. William Stanley.
Growing up, she was the drum majorette in high school, and after school worked at Lillian’s Dress Shop (owned by her aunt).
Mrs. Bartley met her husband, the late James Lambert Bartley on Dec. 31, 1948, and they married in 1949. They lived in Morgantown until Mr. Bartley, who was in the military, was assigned to Germany. While stationed in Germany, their son, James Stanley Bartley was born. After completing his military career, the family relocated to Florida and Ohio due to Mr. Bartley’s employment. During all of these moves, she got to cross the Atlantic three times, once being by plane. Ten years later, their other son, Gary Lee Bartley was born. Finally, Mrs. Bartley’s last move was to Elizabeth City, where she lived for 20 years. Sadly, Mrs. Bartley outlived her husband and both her sons.
A longtime member of First United Methodist Church in Elizabeth City, a memorial service will be held there at 10 a.m. Saturday, July 13. She will be laid to rest next to her husband and son in Beverly Hills Memorial Gardens, in Morgantown.
Condolences: millerfhc.com

Eugene DePasquale and Sean Parnell couldn’t be more different politically. DePasquale is a seasoned statewide-elected official and Democrat from York...

Jan. 23 letters to the editor 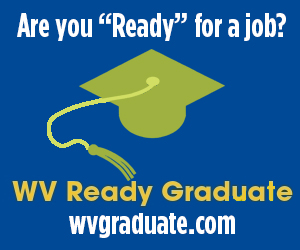